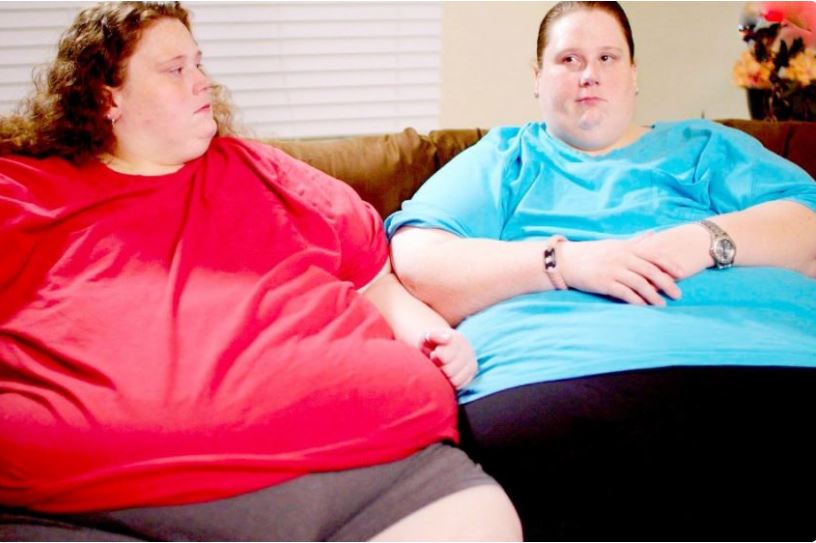 In order to ensure that there was no further threat to life, there was an urgent need for action!
Ever since they were little, Kandi and Brandi had fought stress with food. The girls suffered all the time from the lack of attention from
their parents and found solace in sweets, to which they got used to it. And over time their mother and father began to give the children
fast food, it helped a lot to occupy them, that way the children didn’t interfere with their parents’ activities.
Of course, this style of eating led to negative consequences. And the first difficulties began at school, when cruel classmates began to
bully the sisters. And as teenagers, each girl already weighed more than 220 pounds, and the worst thing was that the weight continued
to grow.

Later Kandi and Brandi had a conflict with their parents and the girls moved out. They started an independent life, which, unfortunately,
had no effect on their eating habits.
The sisters got a job as salespeople to provide for themselves, but their weight was not lost, each of them was eating not the best way
— with fast food, sweets and drinking sugary sodas. Over time, the girls could no longer go to work because of their weight and became
as clumsy as possible.

Kandi and Brandi began to have health problems.

When they each started to weigh over 550 pounds, they decided to ask the popular TV show «My 600-Lb Life» for help.
And so began a long and arduous journey of struggle for health. The best specialists worked with the sisters — a nutritionist prescribed
a diet, and psychologists began to work with them. Over time, each sister had a goal of losing weight. The weight began to come off.
But they still needed to reduce their stomachs for medical reasons. Brandi survived the surgery easily, and Kandi almost lost her life
because of her heart condition, but all turned out well.

The show is long over, and the girls continue to watch their health — they go to the gym and eat right. Brandi even met her love, got
married and had a baby.