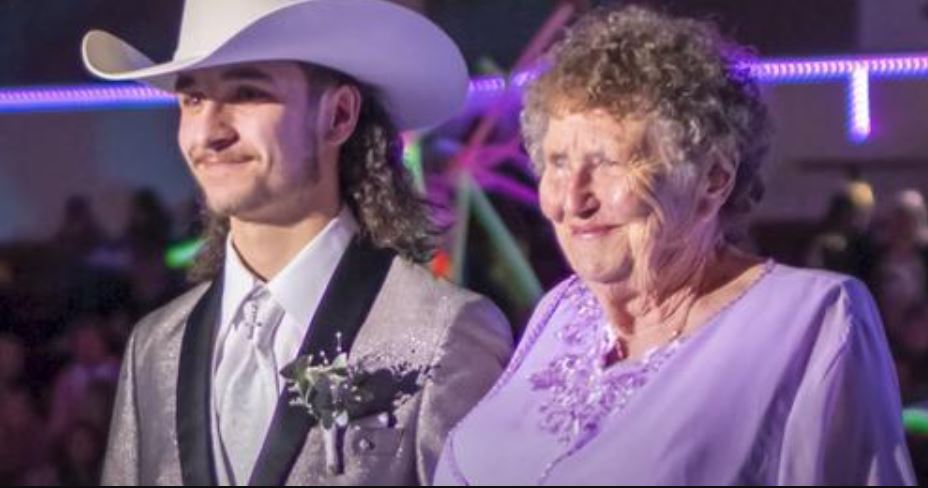 Prom is one of those special memories that many high school students look forward to the moment they step foot on campus as freshmen. But for various reasons, some never make it to their senior prom.

Dakota Wollan, a senior at Watford City High School in Watford City, North Dakota, had no plans to go to his prom. While there were people in his class he could ask, there was no one he really wanted to.

But then his father gave him a bright idea.

“I have this old truck she gave me, it’s a 1985 ford she handed down to me and I got it running again. So, I took that truck and made a sign,” he told KFYR.

Despite asking a family member, he said he was still “pretty nervous.”

But it turned out he had nothing to be nervous about because Madeline Miller was thrilled.

“I had never been to prom before,” she said.

Screenshot
“I was just wondering why he would want a 92-year-old going to prom with him when there are so many young girls in the school,” Madeline said.

The two were a hit at the Watford City High School senior prom.

Screenshot
“We walked out on the floor, and everyone just went wild,” Dakota said.

Madeline said her favorite parts of the dance were “walking beside my great grandson, listening to this music as we walked and people clapping and hollering.”

This was such a sweet gesture! I’m so happy to see both great-grandson and great-grandma had an awesome time at prom.