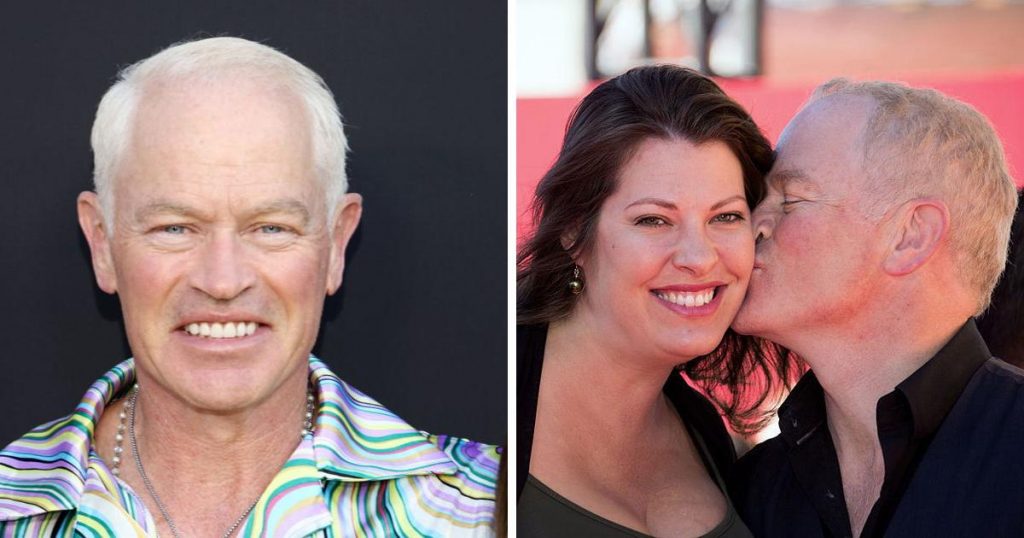 American actor Neal McDonough is perhaps best known for his role as Dave Williams, the fair-haired husband to Nicollette Sheridan’s Edie Britt on the television series “Desperate Housewives.” However, despite starting in the infamously salacious show, McDonough is admittedly incredibly old-fashioned and potentially even considered a prudish actor.

McDonough downright refuses and won’t partake in an on-screen canoodling or anything beyond handholding. Speaking on his outlandish stance, the actor told reporters, “I won’t kiss any other woman because these lips are meant for one woman.” That lucky lady is McDonough’s wife, Ruvé McDonough, whom he married in 2003.

While McDonough’s no-kissing rule may be good for his marriage, it has been, at times, disastrous for his career. Luckily, he was cast on “Desperate Housewives” before show creator Marc Cherry realized the extent of McDonough’s very specific rule book. Recalling their conversations about the role, he said, “When Marc Cherry signed me, I said, ‘I’m sure you know, but I won’t kiss anybody.” The two men agreed to find a way to skirt sex scenes and intimacy. In an interview, McDonough revisited the exchange with Cherry, “He was like, ‘But this is Desperate Housewives!’ I said, ‘I know.’ He paused for about five seconds and said, ‘All right, I’m just going to have to write better.’ And we had a great time.”

While Cherry was willing and able to work somehow around McDonough’s assertion, other writers weren’t so forgiving. “It was a horrible situation for me,” he said, remembering the difficulty he faced in finding steady work.

According to Entertainment Tonight, McDonough continued, explaining Hollywood’s reaction to his unusual request, “After that, I couldn’t get a job because everybody thought I was this religious zealot. I am very religious … That’s what I live by. It was hard for a few years.”

However, eventually, Graham Yost offered him a role on the show “Justified.” The two men had worked together on the HBO mini-series “Band of Brothers,” and Yost felt he could work around McDonough’s rule. Recalling his casting to the Western crime drama, McDonough said, “I knew that was my shot back at the title.”

Having faced a degree of struggle in his career, McDonough took the role as an opportunity to not squander his time and to really apply himself. “I think my acting got so much better because I really appreciated it,” he recalled. “I took a shot on the chin, but I was not going to lose the fight. And it worked. My career has been phenomenal ever since.”

As his career has improved, his marriage has stayed strong. On his wife, McDonough said, “Almost 20 years, five kids and just one heck of an awesome life later, to have her as my partner in everything, I’m just the most blessed guy I know … without her, I most certainly would not be talking with you right now.”

“I’m not going to waste it,” McDonough then asserted, referencing the gift of both his family and his career. “That’s just who I am. I love working, and with five kids and a fantastic wife…”

The actor continued, gushing about his family and the role he sees for himself despite the demands of an acting career, “I want to make sure I’m taking care of everyone. That’s what my dad did, and that’s what I’m going to do.”

McDonough had faced significant difficulty when he was summarily fired from the ABC show “Scoundrels” in 2010. Although the series only ran for one season, McDonough maintains that his refusal to do sex scenes led to his sacking, putting his career as well as his family in jeopardy.

However, since his second chance at fame with “Justified,” McDonough has gone on to star as President Dwight D. Eisenhower in “American Horror Story: Double Feature” and nemesis businessman Malcolm Beck in “Yellowstone.”

It all seems like quite the sacrifice to make, all just to honor your wife, but McDonough and his partner do have something of a special love story. The two met while McDonough was in England shooting for “Band of Brothers.” Reportedly on the night he was in the country, which happened to be St. Patrick’s Day, they “literally bumped into each other on the street, locked eyes and that was it,” as per Fox News. Relaying the story, the actor warmly remembered, “The next morning, I called the woman I was dating at the time and said, ‘I’m sorry, it’s not going to work out with us anymore — I just met the woman I’m going to marry.’”

While he may not win an MTV Award for Best Kiss, it sounds like McDonough at least deserves some props for being such a devoted family man.