Alec Baldwin Gets Sued For $25M By Family Of Fallen Marine 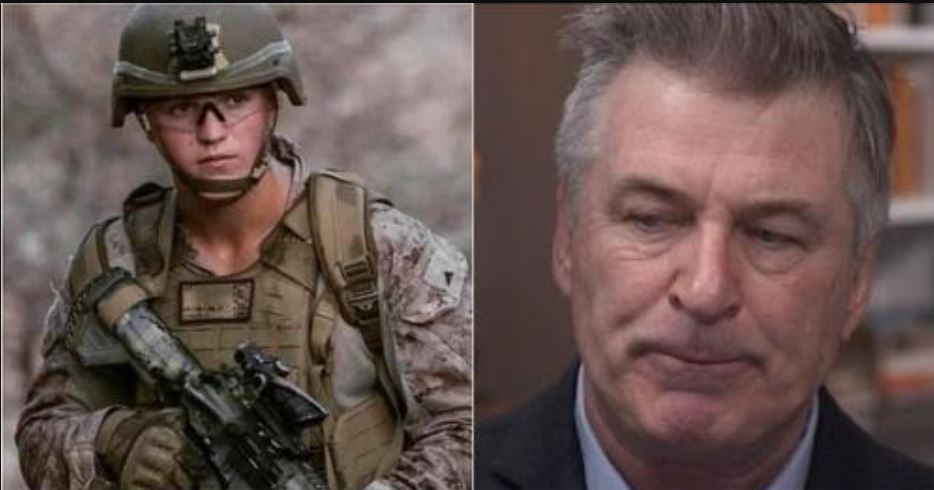 Alec Baldwin is facing a twenty-five million dollar lawsuit after the family of a fallen Marine claimed they had enough of his alleged online abuse. Twenty-year-old Marine Rylee McCollum was among 13 U.S. service members killed in a suicide bombing in Kabul during the chaotic withdrawal of Afghanistan. At least 20 more Marines were wounded, and 170 or more Afghanis were killed, it was reported.

According to the Marine’s family, McCollum’s daughter, Levi Rylee Rose, was born just three weeks after his death. That’s when his sisters decided to set up a GoFundMe to support his daughter and his widow, Jiennah. After McCollum’s death, Baldwin found one of the Marine’s sisters, Roice, on Instagram and sent her a check for $5,000 for his widow and her newborn baby. Baldwin said the check was a “tribute to a fallen soldier,” according to the lawsuit.

In January 2022, Rylee McCollum’s sister, Roice McCollum, posted a picture of demonstrators from former President Donald Trump’s rally taken on the day Congress counted the Electoral College votes from the 2020 presidential election, according to the complaint. Baldwin later discovered that Roice was one of the Trump supporters protesting election fraud on January 6 and, at least according to the lawsuit, launched a public campaign to make her life miserable.

“Although she was not arrested and said she did not enter the Capitol, the lawsuit says Baldwin used his Instagram account to falsely accuse her of being a ‘rioter,’” Breibart reported. “When I sent the $ for your late brother, out of real respect for his service to this country, I didn’t know you were a January 6 rioter,” Baldwin wrote to her in a private message.

Marine Rylee McCollum and his wife Jiennah (Credit: Screenshot)
She responded, “Protesting is perfectly legal in the country, and I’ve already had my sit down with the FBI. Thanks, have a nice day!” However, the veteran actor decided to reply. “I don’t think so. Your activities resulted in the unlawful destruction of government property, the death of a law enforcement officer, an assault on the certification of the presidential election.” He added, “I reposted your photo. Good luck.”

In other words, Baldwin reposted her photo to his 2.4 million followers. Per the lawsuit, within 20 minutes, Roice received “hostile, aggressive, hateful messages from his followers.” The crux of the suit appears to be this: Baldwin “falsely accused Roice of destroying government property, causing the death of a law enforcement officer.”

Jiennah, Roice, and her sister Cheyenne received messages from Instagram users accusing them of being white supremacists and likening them to Nazis, the suit claims. Some demanded that she give Baldwin back the $5,000 he had given her. The family alleges that Baldwin did nothing to stop his millions of followers from contacting them. “Baldwin’s conduct was negligent and reckless as he should have known that making the allegations he did against Plaintiffs to his millions of followers would cause Plaintiffs harm,” the suit states.

It was also widely reported that Rylee McCollum’s mother, Kathy McCollum, was a huge supporter of Donald Trump and was critical of the Biden Administration. According to the Daily Mail, Kathy urged former President Trump to run again. “We need the corrupt pseudo president gone. President Trump has to run. My son should not be gone. President Trump would never allowed this to happen. We need him back in office to save this country,” she wrote in a message.

“I’m not going to comment on the merits of the lawsuit. I’m not a lawyer,” reporter John Nolte wrote. “But what kind of unfeeling jerk attacks a woman who just lost her brother this way? What a cruel bully. Baldwin didn’t care that she was mourning a brother she obviously loved. Instead, he saw this as an opportunity to harass and open her up to a public shaming… He did this even though there is no proof this young woman was arrested or did anything other than participate in the peaceful part of that mostly-peaceful protest.”