A woman who dragged a state trooper onto a highway with her SUV appealed her sentence, arguing that it was unnecessarily harsh. What the court decided was even worse than she could have imagined. 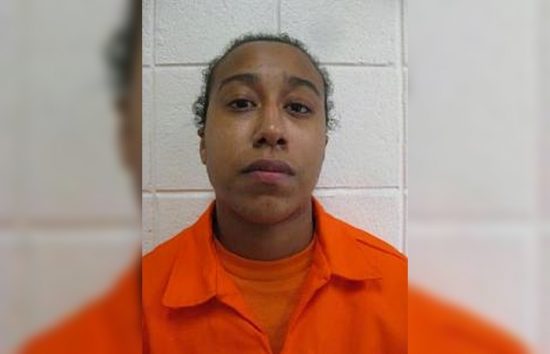 Brittany Burnett was sentenced to 5 years in prison along with 364 days in a county jail for causing serious injury to a police officer when she dragged him onto a highway ramp with her vehicle. However, despite appealing her conviction, the 27-year-old New York woman just might regret trying to get her sentence overturned after hearing the court’s latest decision.

After pulling her over for blocking a bus lane and refusing to move, New Jersey State Trooper Michael Delgaizo was walking toward Burnett’s parked SUV when he suddenly heard her shift into drive, NorthJersey.com reports. The officer slapped the hood of the car and yelled at the driver to “put the car in park.” Instead, Burnett moved forward, hitting the trooper’s knee.

Delgaizo quickly reached into the driver’s window to unlock the door but immediately became wedged in the door as Burnett took off. The driver dragged the trooper onto a Bergen County Route 120 ramp until he finally became dislodged and tumbled “end over end multiple times.” Ultimately, he suffered injuries to his knee and back, forcing him to miss a month of work.

Burnett fled and changed clothing in an attempt to evade arrest but was caught soon after. She was charged with eluding police, aggravated assault on an officer, and resisting arrest. She was later sentenced to 5 years in prison along with 364 days for assault and 4 months for resisting arrest, each to be served concurrently.

Almost immediately, Burnett began the appeals process to not only reduce her sentence but completely overturn her conviction. She argued that the 5-year sentence was too harsh for her crimes However, instead of considering lessening her jail time, the court went in the opposite direction.

According to NJ.com, the appeals court decided that not only did Burnett receive a fair trial but that her sentence was far too lenient. The panel of judges ruled that Burnett should be given an additional 3 to 5 years behind bars for the assault, which could double her prison time if served consecutively. The appeals court submitted the ruling to the state court for new sentencing.

A lesser sentence under state law “did not meet the high standard required for a downgrade,” the appellate court ruled, noting that Burnett had been violent and had time to cool off after each offense but did not.

Burnett’s attorneys failed to convince the court to offer leniency because she identifies as an “openly gay woman” who will surely suffer “discrimination because of her sexual orientation” in prison. When this argument didn’t work, the legal team accused the court of erring in multiple ways during her initial trial.

The attorneys claimed that Burnett’s expired license was unfairly submitted as evidence and that the judge improperly reprimanded a witness. They even claimed that the trooper’s injuries weren’t medically diagnosed. Of course, the allegations failed to move the appeals court.

Brittany Burnett faces extra time being added to her sentence after abusing the appeals process. (Photo Credit: Pixabay)
Oftentimes, serious offenders abuse the appeals process to delay justice, have their sentences reduced, or even overturn their convictions entirely. Sadly, their victims continue to suffer injustice and the taxpayers are left to foot the bill.