Reese Witherspoon’s daughter Ava is all grown up 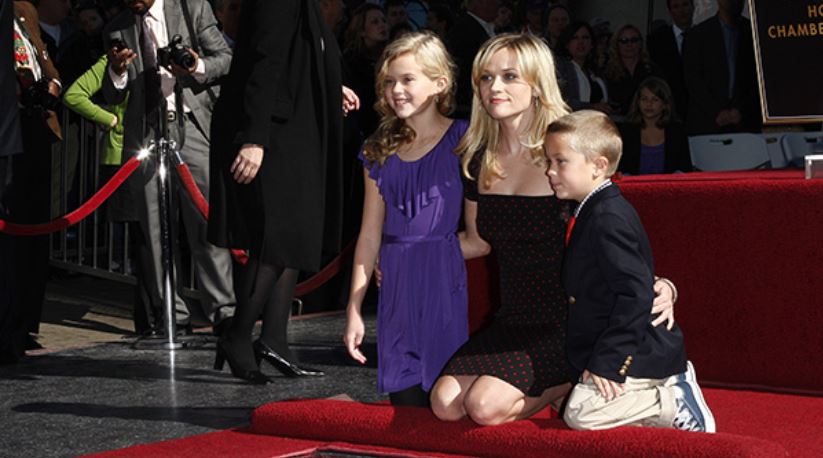 Reese Witherspoon had her daughter, Ava Phillippe at the age of 23, and today they could pass for twins.

Reese Witherspoon was born in New Orleans, Louisiana in March 1976 but grew up in Nashville, Tennessee.

=The award-winning actress met her first husband Ryan Phillippeback in 1997, during her 21st birthday party.

“I don’t know what came over me — maybe the seven Midori sours — but I told Ryan, ‘I think you’re my birthday present.”

Three months after their wedding, they welcomed their first child, Ava Phillippe, and a son Deacon, four years later.

“My daughter’s name is Ava… [like] Ava Gardner because to me she was the only woman who could break Sinatra. So the idea of that name to me is very classy and strong,” Reese explained in an interview with Jay Leno.

Most people with Hollywood parents usually follow in the steps of their parents, but Ava was trying to create her path. She moved to another city to study and not ride on the fame of her mother. She lives in a dorm and drives a Volkswagen instead of the luxurious life others could have chosen.

Earlier this year, Witherspoon opened up about being a mother and explaining how she related to the book Little Fires Everywhere.

“It’s so difficult to articulate what motherhood means, and there are so many passages in the novel that did,” the actress told People, and continued by reciting a passage from the book. “One passage was about training yourself to live on the smell of an apple alone when what you wanted was to devour it, to sink your teeth into it and consume it, seeds, core, and all.”

“It’s such a vivid way to describe the loss of your children as they grow up,” Reese added. “My daughter was applying for college back then, so it hit me like an arrow in the heart.”

Ava is making a name for herself in the fashion world and her growth has been amazing.

Her bond with her mother seems to be getting stronger by the day and following the spitting resemblance between them, no one expected less.

“Wow! How is it possible that this little girl is now 21 years old? Happy Birthday to my sweet girl who has become the most incredible young woman,” Witherspoon wrote in the tear-jerking Instagram post. “Her kindness, her compassion, and her huge heart never cease to amaze me. Ava, there aren’t enough words to describe how proud I am of everything you’ve already accomplished. I cannot wait to see ALL the Good you will put into this world. I love you so much, Ava.”