Mike Rowe Sets The Record Straight After Being Called A ‘Fraud’ 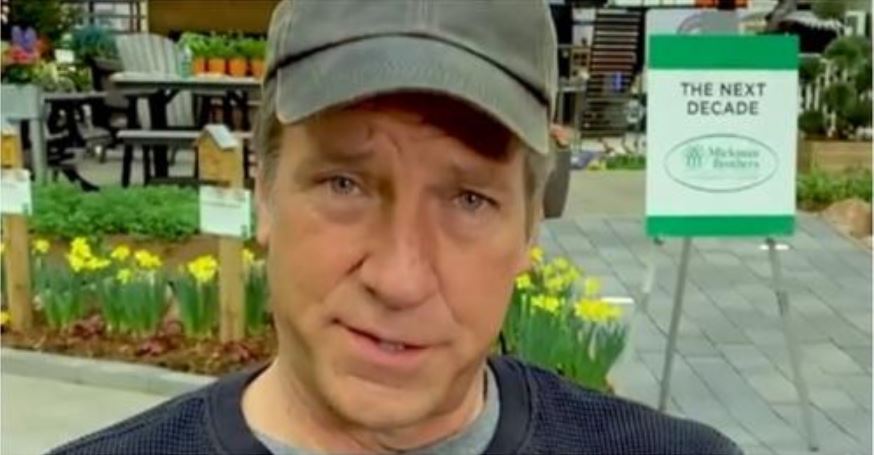 Mike Rowe, famous for the show “Dirty Jobs,” was called a “fraud” by the owner of a popular left-leaning social media site for promoting skilled laborers without college degrees. That’s when Rowe decided to set the record straight.
Most people know Mike Rowe for his iconic TV show Dirty Jobs. However, it may surprise many to learn Rowe sang professionally with the Baltimore Opera, and he also holds a degree in Communications from Towson University in Maryland. Rowe’s background was cited by a popular Facebook page called “The Southern Gentleman.” They claimed he was a fraud.

“The Southern Gentleman,” a Facebook page with 71,000 followers, introduces itself as “Politely telling Trump fanatics where they can stick their bigoted opinions.” The page made an attempt at humor by calling Rowe a fraud for his educational background, thus implying his support of “dirty jobs” made him a hypocrite.

“Mike Rowe is a fraud,” the post read. “Man who studied opera and has a B.A. in communications perfectly happy to sh*t on everyone else who has a college degree in humanities.” In response, Rowe left a full explanation in the comment section that put the criticism of him to shame. In a matter of days, Rowe’s response garnered tens of thousand “likes,” compared to just a few thousand for the original post.

“Rowe has become well known for his criticism of the student loan system for higher education and his encouragement to young people to think carefully before going into massive debt for college,” The Federalist reported. In 2018, Rowe said, “We’re lending money we don’t have to kids who can’t pay it back to educate them for jobs that don’t exist anymore, and that’s crazy.”

As Mike Rowe explained in his comments to “The Southern Gentleman,” he doesn’t think that college is a hoax. “He also is not a fraud for having a college degree while still finding fault with the financing behind college tuition,” wrote reporter Abby Liebing.

“Dear Mr. Gentleman: Some of your facts are correct,” Rowe began his retort. “It’s true, for instance, that I sang in the Baltimore Opera for several years, and it’s true that I have a degree in Communications. But I’m not sure how either of those things make me a ‘fraud.’ Obviously, you’re welcome to your opinion, but I wonder if you might be confused as to the definition of what a ‘fraud’ really is?”

“A fraud, as I understand it, is a person who pretends to be someone they aren’t. To my knowledge, I’ve never done that,” Rowe continued. “My entire resume – including my musical and educational background – are a matter of public record. I’ve done nothing to conceal either. Is it possible that you saw me on the tee-vee, crawling through a sewer or fishing for crabs, and simply assumed you knew everything about me, based on a one-dimensional glance? If so, you’re not alone. A lot of people today struggle with this kind of cognitive dissonance. I’m sure some such people have come here, and concluded that you were trying to pass yourself off as a gentleman.”

Rowe added in the comments that he was not “shtting” on people who have college degrees. He simply finds fault with high college tuition and has also encouraged people to not shy away from a trade school. “As for ‘shtting’ on my fellow graduates, that too, feels like a baseless accusation,” he wrote. “It’s true that I’ve been very critical of the way universities have increased their tuition so dramatically over the years, and it’s true that I run a foundation that assists men and women who wish to pursue a career in the trades. More specifically, a skill that does not require a four-year certificate.”