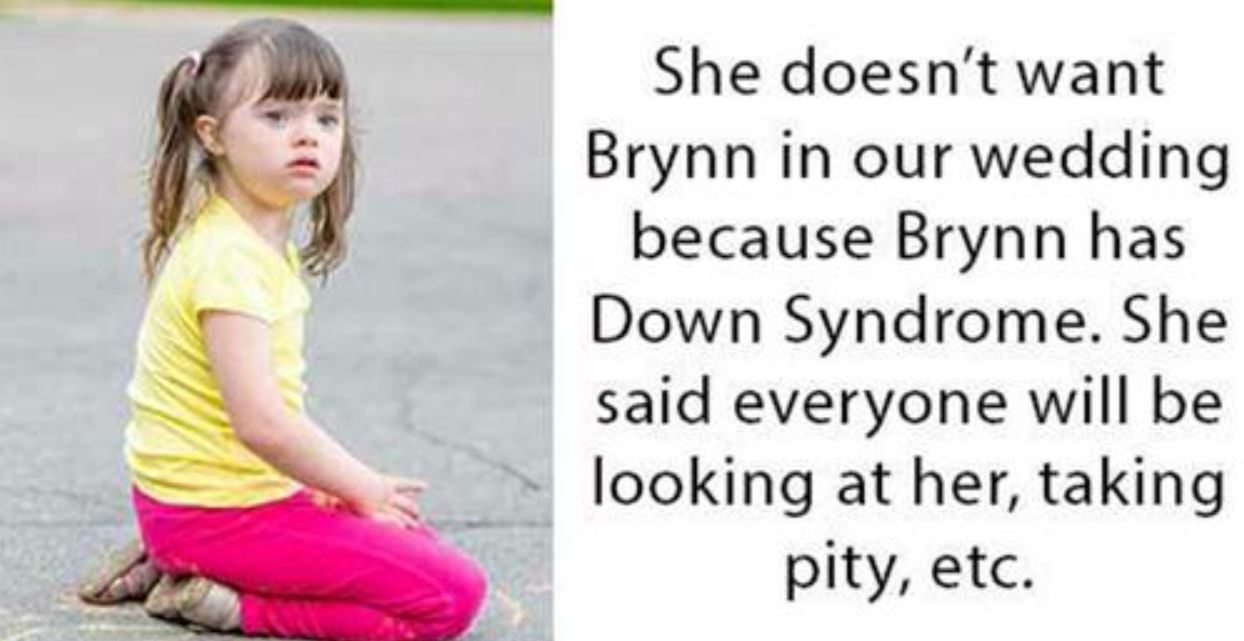 Planning a wedding can be quite a tenuous business. And when the couple is planning their own wedding, they want everything to be perfect. This often implies that they would have to be on the same page. Amidst heightened tensions, even the smallest of embers can turn into an inferno. According to this post on r/AITA, one such misfortune befell this couple. After they had a conflict on who would be the flower girl, the groom went on to cancel the wedding itself.

The problem arose considering how the bride had seemingly hijacked the bridesmaids. The bride came from a large family, and her 4 sisters were allotted to be the bridesmaids. And as it turns out, the groom had no issues with that. Although the groom came from a small family, he didn’t find it inappropriate to see his sister rebuffed as a bridesmaid. But he couldn’t handle the snuff his niece received.

“Then it came time to pick the younger roles in the wedding. Her older nephews are junior groomsmen, the younger is the ring bearer. She only has one niece, Aubrey, who’s 4. My fiance wants her to be the flower girl. I said that’s fine, but I also want Brynn (his niece) to be one. They can walk down the aisle together, it’d be super cute. Brynn loves playing with Aubrey, so they get along. My fiance says she wants our wedding to be traditional so there can only be one flower girl. I suggested Brynn could hold a sign or something while Aubrey threw flowers. My fiance said no, she can sit with my sister and parents.”

While one could somewhat understand the bride’s predicament, what soon transpired turned the entire scenario on its head. In the ensuing conversation with the bride, the groom discovered that “she doesn’t want Brynn in our wedding because Brynn has Down Syndrome. She said everyone will be looking at her, taking pity, etc. Turns out it wasn’t about a spotlight on Aubrey, but my fiance. I called her ableist and said don’t worry, there won’t be a spotlight to steal anymore because there’s no wedding.”

Such a big decision did send a wave through the community with several comments coming in one after the other. u/jphamlore stated, “Are you two getting premarital counseling to do a general inventory on how you two agree or disagree on other issues? Because I have a sense that if you two did get such counseling, there would be a lot more issues uncovered.” This was reiterated by u/Ok_Possibility5715 who mentioned, “This but also you are stealing ‘Aubrey’s spotlight’ is just so cringe as it is your wedding too. There is only a wedding because TWO people are getting married. Are you sure you want to have a marriage with her, she already sounds like she is the only one that matters and selfish?”

u/Spare_Ad_4907 could simply marvel at the image. “Omg and how cute would Brynn look in a suit as one of the groomsmen? Or a pretty grooms girl dress. It’s your wedding too you can do whatever you want. Kick out the brothers-in-law and bring on the Brynn. Because it’s more unusual she probably ends up getting more attention too.”

u/Facetunethis went on to comment, “Do consider how this lack of willingness to compromise or even see reason will impact everything going forward. These are red flags for sure. Traditionally it’s very common to get premarital counseling, consider it.” u/rainyhawk added to this with, “Forget the inability to compromise, my biggest concern is that she’s jealous of a 3-year-old whose father died and OP plays an important role in her life. I don’t see her attitude towards that improving… only getting more jealous as Brynn gets older. She is going to try to keep OP away from her. I’d definitely put this wedding on hold until this is solved or you break up.”

u/KatInBoxOrNot summed this up succinctly. “Aubrey is 4, she and Brynn seem to get along, and there are a lot of other people in the wedding party so she is already sharing the spotlight. Also, having only one flower girl is not a requirement of a ‘traditional wedding’. A lot of weddings have had more than one for a very, very long time. Long story short: they are being ridiculous. I also think she’s being really unfair as this is supposed to be a celebration of you both, not her family, but you seem to be the one doing all the compromising.”