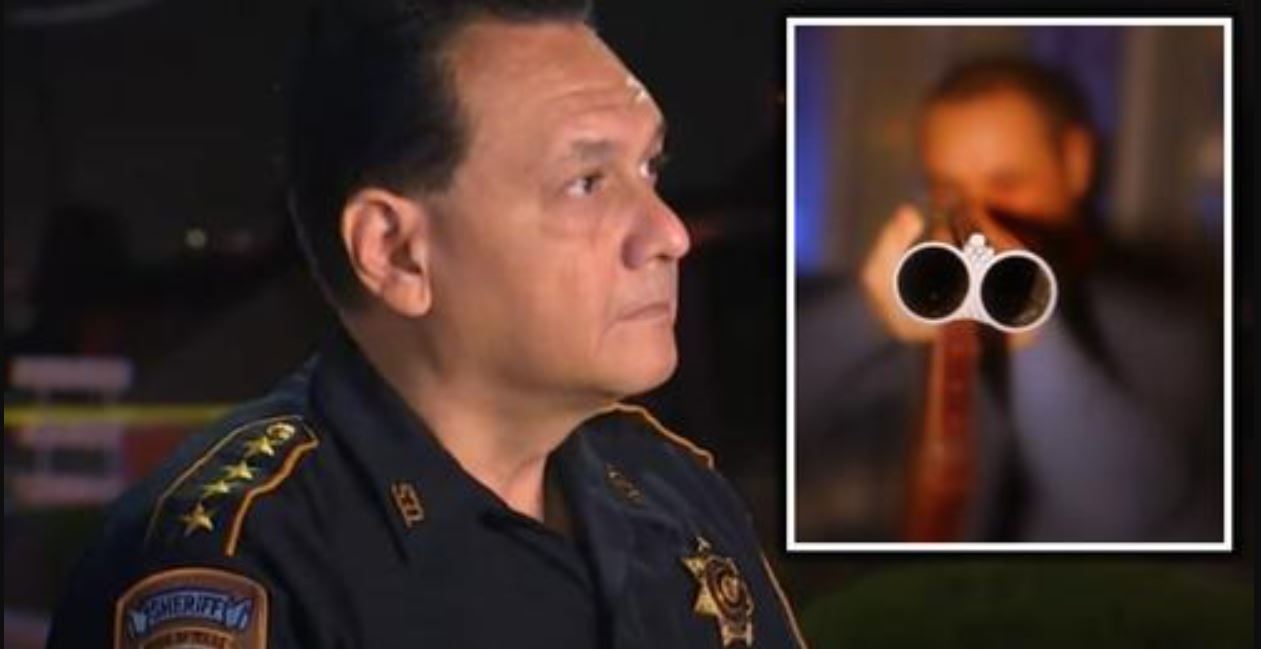 After three armed suspects broke into a Texas home, only one was able to escape with his life — thanks to a brave 17-year-old, who wasn’t about to watch his family be victimized without a fight.

According to Harris County Sheriff Ed Gonzalez, three armed men attempted a home invasion on a Texas residence in Channelview – a suburb east of Houston, but things didn’t go as they had hoped. In fact, only one of the three armed intruders would escape with his life, thanks to a 17-year-old who didn’t hesitate to take action after the three men broke into the home while wearing masks.

It was around 10:40 pm on a Friday evening when all hell seemed to break loose, according to police. An adult female was inside the home with a 12-year-old boy and two 17-year-old males when the three masked men attempted the home invasion. Two of those men never made it off the property after one of the 17-year-olds blasted the alleged burglars with a shotgun, The Blaze reported.

Stock image for visual representation only (Photo Credit: Pixabay)
After grabbing the shotgun, the unnamed 17-year-old fired several times and struck two of the suspects who allegedly broke into the home, according to Harris County Sheriff Ed Gonzalez. “Last night in Channelview at the 16000 blk of First Street, three adult males attempted to force entry into a home,” Gonzalez tweeted the day after the incident. “The males were armed and wearing masks,” the tweet continued.

“The home was occupied by an adult female, 12-yr-old male, and two 17-yr-old males. One of the 17-yr-old male occupants retrieved a shotgun and discharged it several times striking two of the suspects,” Gonzalez said. “Both males were pronounced deceased at the scene. The 3rd suspect fled in a dark colored, 4-door sedan. There were no other reported injuries.”

According to reports, the two men, who suffered from gunshot wounds, were found by police at the home. They were unresponsive and pronounced dead at the scene by emergency management personnel, the Harris County Sheriff’s Office said. Although the identities of the shooter, the deceased suspects, or the man who got away were not immediately revealed by authorities, it was reported that none of the people who were in the home during the home invasion were harmed besides the two suspects who were killed.

The sheriff’s office listed the shooting as a justifiable homicide, according to a news report the day after the incident. However, it was further reported that the case was presented to the Harris County district attorney’s office, which recommended it be presented to a Harris County Grand Jury as the investigation was ongoing and the search for the third suspect continued. Regardless of the determination, one thing is for sure: It’s better to be judged by a jury of 12 than carried by 6. If it came down to it, I think the prosecution would be hard-pressed to find a jury of peers who’d fault the 17-year-old for defending his home and his family.