Marine Is Suing School After Finding Out They Forced Child To Study Islam. Do You Support Him? 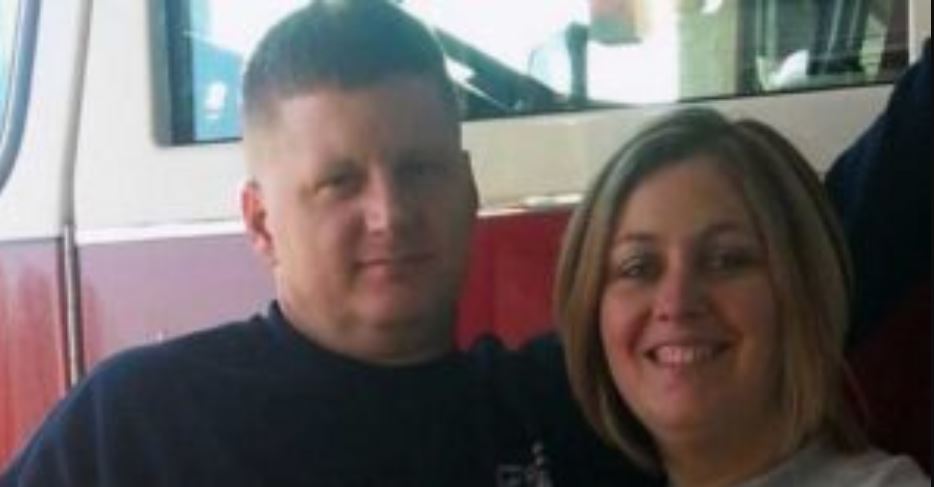 Where is the line drawn between education and indoctrination? That’s the question at the center of a legal battle raging between Marine veteran John Kevin Wood and his daughter’s former high school.

The fight began in 2014 when Wood’s daughter brought home homework from her 11th grade World History class at Maryland’s La Plata High School. The assignment revolved around Islam and asked students to memorize the Five Pillars of Islam, as well as write and recite the Shahada, the Muslim statement of faith: “There is no God but Allah, and Muhammad is the messenger of Allah.”

In addition, the assignment featured a breakdown of the differences between “Peaceful Islam” and “Radical Fundamentalist Islam.”

John Kevin Wood, who had served in Operation Dessert Storm and lost several close friends in the conflict, felt that the assignment went too far in its praise of Islam and crossed from teaching to outright promotion of the religion. Wood also took offense to a line that read “Most Muslim’s faith is stronger than the average Christian,” seeing it as an attack on his religion.

Wood took his complaints to the school, and that’s where the story diverges depending on which side you believe. The former Marine was hit with a No Trespass Order that barred him from the ground’s of La Plata for making “verbal threats against the school.” Wood claimed that he made no such threat, and that the school was trying to “to quash criticism of their pro-Islamic curriculum.”

John Kevin Wood’s family, with the help of the Thomas More Law Center, sued the school, claiming the ban was an assault on their civil rights. The complaint framed the debate as one that was “favoring” Islam over other religions, reading in part, “The First Amendment prohibits the promotion of the religion of Islam over other faiths, such as Christianity or Judaism, in our public schools.”

Richard Thompson, president and chief counsel of the Thomas More Law Center, said at the time that “Defendants forced Wood’s daughter to disparage her Christian faith by reciting the Shahada, and acknowledging Mohammed as her spiritual leader. Her World History class spent one day on Christianity and two weeks immersed in Islam. Such discriminatory treatment of Christianity is an unconstitutional promotion of one religion over another.”

Thompson further added, “The course also taught false statements such as ‘Allah is the same God worshipped by Christians,’ and Islam is a ‘religion of peace.’ Parents must be ever vigilant to the Islamic indoctrination of their children under the guise of teaching history and multiculturalism. This is happening in public schools across the country. And they must take action to stop it.”

When the controversy first erupted, the Charles County Public School District released a statement regarding both the assignment and the order against Wood. The statement read in part:

“The particular unit in question at La Plata High School is on the formation of Middle Eastern empires in which students learned the basic concepts of the Islamic faith and how it, along with politics, culture, economics and geography, contributed to the development of the Middle East. Other religions are introduced when they influence or impact a particular historical era or geographic region. For example, when reviewing the Renaissance and Reformation, students study the concepts and role of Christianity. When learning about the development of China and India, students examine Hinduism and Buddhism.

In addition, Ibrahim Hooper, a spokesman for the Council on American-Islamic Relations, weighed in on the controversy. Hooper, quoted in the Washington Post, said it’s “an example of the anti-Islam campaign that’s being waged nationwide in schools.”

Hooper was specifically critical of the idea that writing or reciting the Shahada is equivalent to converting to Islam, saying, “It’s just this hysterical knee-jerk negative reaction to anything to do with Islam or Muslims in our society. To merely say the Shahada, the declaration of faith, or to understand what Muslims believe — it in no way converts you to Islam, that’s a ridiculous notion. Islam is a belief system. You’ve got to believe in it or you’re not a Muslim.”

While John Kevin Wood’s daughter has long-since graduated from La Plata High School, the case is more relevant than ever in today’s politically charged America. While there are those who agree with Wood that learning about Islam has no place in American schools, many others believe that students should be exposed to and learn about all religions and cultures.