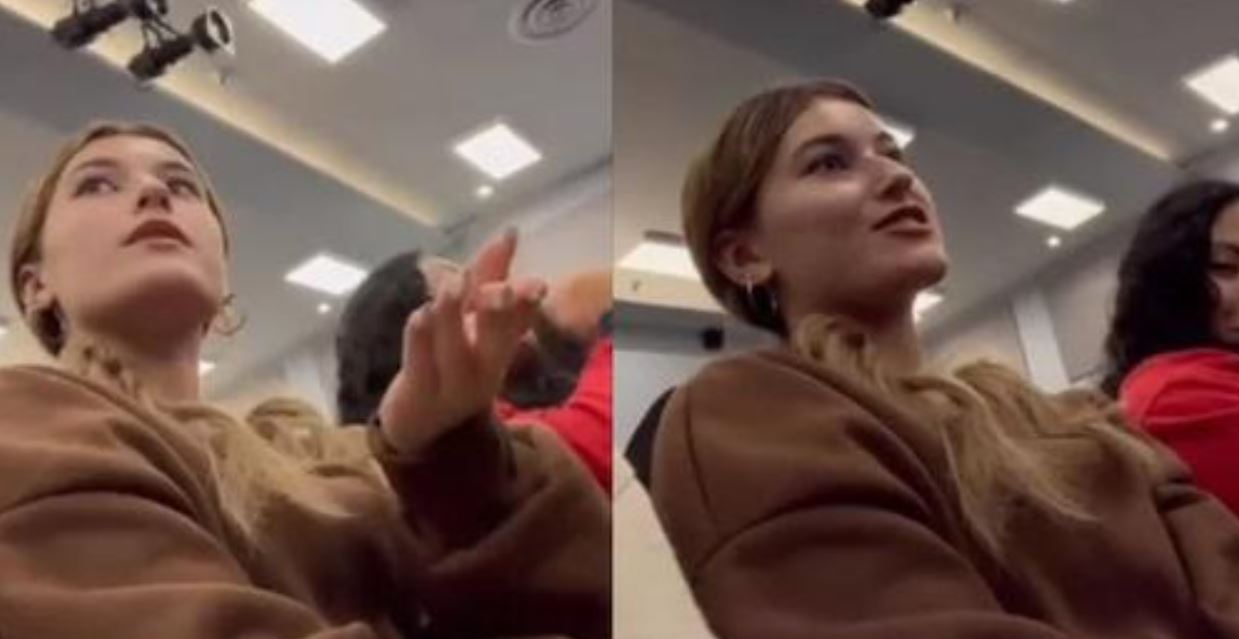 A 16-year-old student puts an administrator on blast during an assembly while discussing the “sexist” school dress code, calling attention to the policy being unfairly enforced.

In a video posted by TikToker Anastasia (@anastasiaskits) on Sept. 8, she shows a clip of her asking a staff member to clarify their strict dress code.

She continues to share her observation that girls with a “bigger cup size” are dress-coded more often than others, even if they are wearing the same shirt.

The video has amassed over 4.9 million views as of Sept. 13, with commenters praising Anastasia for standing up against the unfairly enforced dress code. Many shared their own experiences of being dress coded.

“Exactly I remember when I got dress coded I was mad I saw another girls wearing a similar shirt that I was wearing and they didn’t get dress coded,” one commenter shared.

“One time there were these two girls wearing tank tops. one was significantly bigger than the other. the bigger girl got sent home for her tank top,” another said.

In a part-two video, she shows the administrator’s response to her statement in which he says that he’s just “enforcing a policy” that is in the handbook.

“It’s not the way we’re looking at it,” he says. “The majority of the people do get it, but there’s some people that want to challenge it. So that’s it. And a lot of staff members, they feel uncomfortable.”

Another student then confronts him for saying that the “staff” were “uncomfortable with what girls wear,” asking him to clarify. A different staff member then cuts her off and asks the students to “refocus,” evading her question.

Several commenters blasted the administrator for claiming that the staff was “uncomfortable” with outfits minors wear to school, calling them “creepy” for “sexualizing minors.”

“The staff felt ‘uncomfortable’ around minors??? Ok bud get new staff they should NOT be around kids/teens,” one user wrote.

“As a teacher – if student clothing makes staff uncomfortable that staff doesn’t need to be around minors,” another said.

“It’s because the adults are sexualizing young women when they need to be focusing on their education. I’m so proud of you for raising your voice!” a third added.