Couple received a rude note shaming them for the unpainted house, after which kindness prevailed 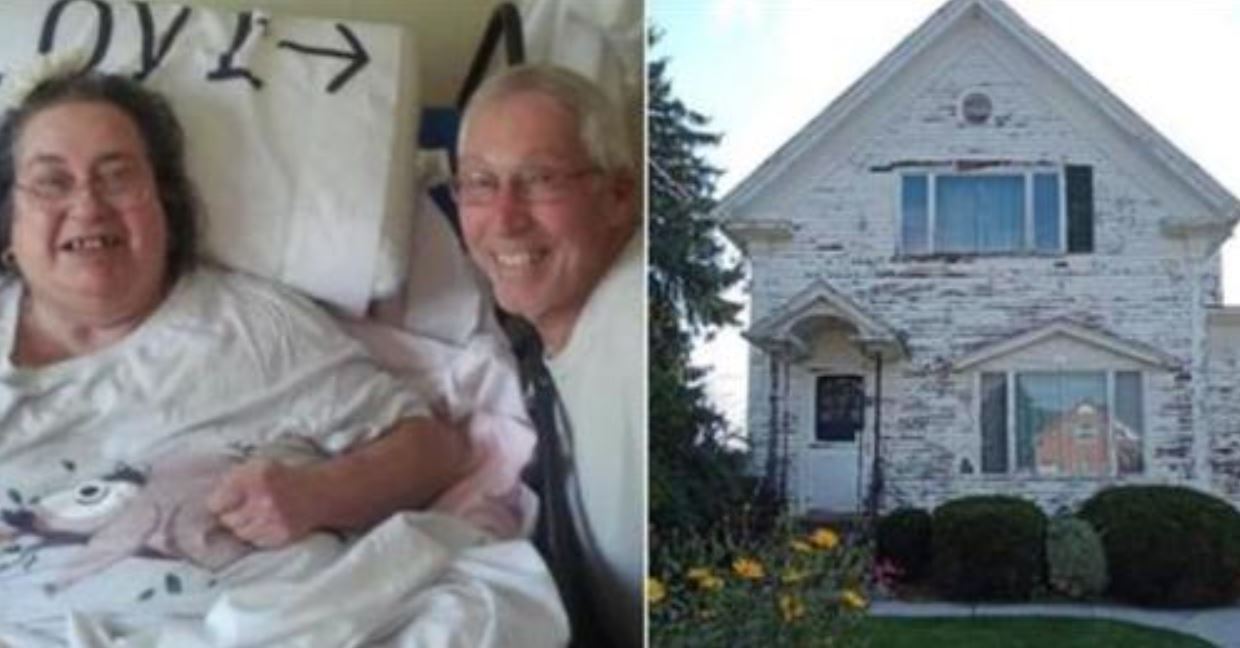 A resident couple, battling with health and financial problems, received a note from their “neighbor” declaring their house an eyesore.
What will you do when you get an unsigned note in your mailbox declaring your house an “eyesore?”
For Jimmy Curcuru, he was initially upset when he discovered this note.

“Please paint me. Eyesore. Your neighbors,” the note read.

Curcuru knew almost all of his neighbors and he knew none of them would write that note. And that’s what made him upset, that the person who wrote it didn’t even have the nerve to sign it.

“It was cowardly of them to write a letter like that,” Curcuru said.
Another person who was upset at the note was his daughter, Michelle Baran. She was so mad she had to say something on her Facebook profile.
“To my concerned neighbor, thank you for letting me know my house needs to be painted. Guess what? I know. I’ve been working on it for almost four years,” Baran wrote. “I myself always drive by houses that look like mine and wonder what’s up in their lives. I don’t judge them not knowing what they may be going through.”

The Curcurus already know that their house badly needed a paint job. But they had other priorities.
Jimmy and his wife, Marilyn, have been living in this house in Gloucester, Massachusetts for the past 50 years. Jimmy has been running a framing business but had to close it because of the pandemic. He worked part-time after that at a hardware store to pay the bills.

But he stopped working in June 2020 after his doctor advised him to stop working in public during the pandemic.
Jimmy and Marilyn had been suffering from a lot of health and medical problems for a couple of years now. Marilyn was diagnosed with multiple sclerosis 30 years ago and moved around with an electrical wheelchair.

But the past four years, she has been bedridden.

On the other hand, Jimmy had a heart attack in 2006 and underwent quadruple bypass surgery. Soon after that, he developed kidney problems as well.

Jimmy took advantage of resigning from his part-time job at the hardware store to retire and be with Marilyn.

The Curcurus were preoccupied with their health and financial problems and painting the house was a little low on their priority scale.
“I used to enjoy working on the house when I could, but now it’s hard for me to do it,” Jimmy told The Post. “It’s not a good idea for me anymore to get up on a ladder.”

That’s why receiving the note was so upsetting for him.

“It was frustrating to read it, and it was also hurtful. We know that our house needs painting — they didn’t need to point it out to us,” Jimmy told The Post. “If they’d knocked on the door and asked about it, I could have told them why this was happening to our house.”

The people of Gloucester didn’t need to be told what was going on inside their homes. All they knew was that they had a neighbor who needed help and they were ready to help.

And that’s exactly what they did.
On behalf of the Curcuru family, Faye Passanisi opened up a GoFundMe page to help raise funds for them. Plus their neighbors, who saw Baran’s Facebook post, dropped by to ask how they can help.

Even the mayor of Gloucester, Sefatia Romeo Theken, dropped by to offer her help to the Curcuru family.

“My heart went out to the Curcurus — I thought that letter was incredibly hurtful,” Passanisi explained. “Yes, the house is in bad disrepair, but if somebody is really upset about it, why not ask if there’s something you can do to help? I decided to tell people, ‘Let’s turn this hurt into the biggest blessing this family has ever known.’”

For the people who donated for the Curcurus, it was a no-brainer. They wanted to share their money with them.

“I donated because we could all use a little more kindness!” one person wrote.

And this statement resonated with a lot of the people who donated.
They wanted to make sure kindness won and share so much love and goodness all around. And there were even some who donated because they knew the struggle of multiple sclerosis.

The online donation raised over $75,000 to paint the house.

Plus they even got donations from Harvest Builders and Ace Hardware. Because of this, Jimmy and Marilyn were also able to purchase a new roof, new siding, new windows, and outside staircases for their home.

They got all this because of a badly-needed paint job.
Needless to say, Jimmy, Marilyn, and their family are just over the moon with these donations from all over the country.

“It’s very emotional for me to talk about it. For everybody who put money in, who sent us checks, we’re going to send a thank you note to every one of them. There are no words for me to say…to thank them properly for what they’re doing,” Jimmy said.