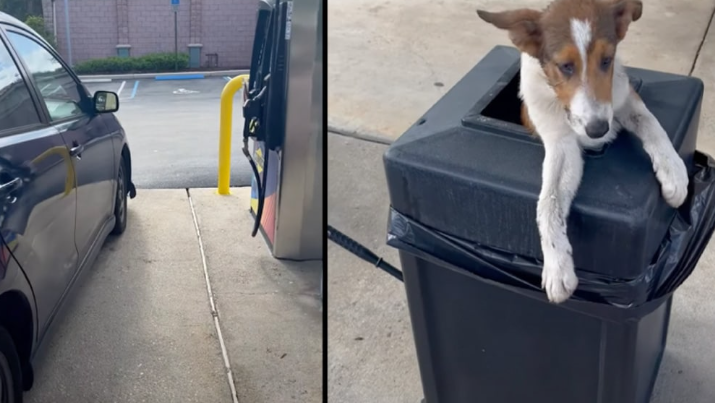 rittany Wolfe stopped at a gas station and found abandoned two dogs in a trash can. The woman was heartbroken. Somebody threw them in the trash like garbage.

How cruel can people be to act such an act? The kind woman took the dogs home and gave them everything they needed. She fed them, cleaned them, and at the end of the video it was obvious that the dogs were feeling fantastic after so much suffering.