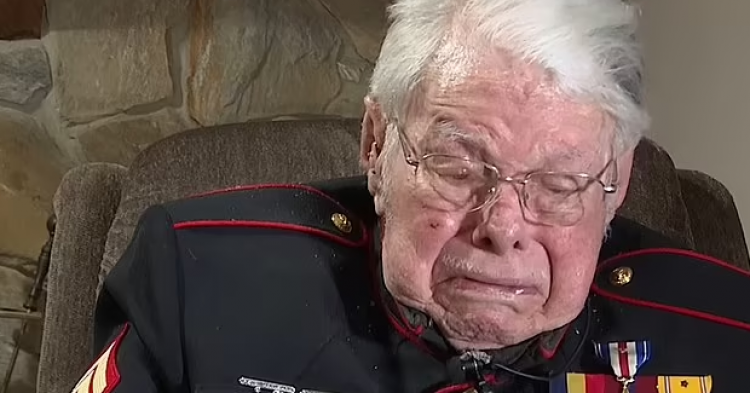 A World War II veteran from Florida broke down in tears while celebrating his 100th birthday because he was so disappointed in what America had become. Marine veteran Carl Spurlin Dekle from Plant City, Florida, claims that fighting against

evil in World War II was his biggest pride but that the country has gone downhill since then. Although he fought the Nazis in the 1940s, more than 80 years ago, he sees hatred growing in America and believes that the country “is going to hell in a handbasket.”

Dekle claimed that the soldiers who died in World War II did not die for the America of today. The same goes for soldiers who fought in the Revolutionary War in the late 1700s.

“People don’t realize what they have,” Dekle told Fox13. “The things we did and the things we fought for and the boys that died for it, it’s all gone down the drain. Our country is going to hell in a handbasket.”

Dekle broke down in tears when comparing the America of his youth to the country he lives in today. His tears were captured on camera because the Marine veteran was being interviewed in celebration of his 100th birthday, which the veteran spent with his family and friends.

Back in 2009, Dekle spoke to Plant City Courier & Tribune about the sacrifices he and other soldiers made during the Second World War.

“‘I want the young kids to realize that freedom comes with a heavy price,” Dekle said in 2009. “It isn’t given to people out of the goodness of others. It’s something you have to fight and sometimes die for.”

Now, Dekle has spoken to FOX13, and they captured all of his tears for their viewers.

“I really believe in this whole world and believe everything is beautiful. I mean, if I wake up in the morning and see these plants, and all of those flowers, and the green grass in the ground, that’s beautiful,” he told Fox13.

Dekle became a decorated soldier during his time in combat. He earned a Silver Star for his bravery in the First Marine Division during the war against Adolf Hitler.

“He inspired his unit to exert maximum effort in assisting to capture and destroy the enemy position,” a description of the award on The Wall of Valor Project website reads. “By his personal courage, bold leadership, and staunch devotion to duty, Sergeant Dekle upheld the highest traditions of the United States Naval Service.”