King Charles would welcome Harry back, but Prince William has “more of a grudge” after last week, claims expert 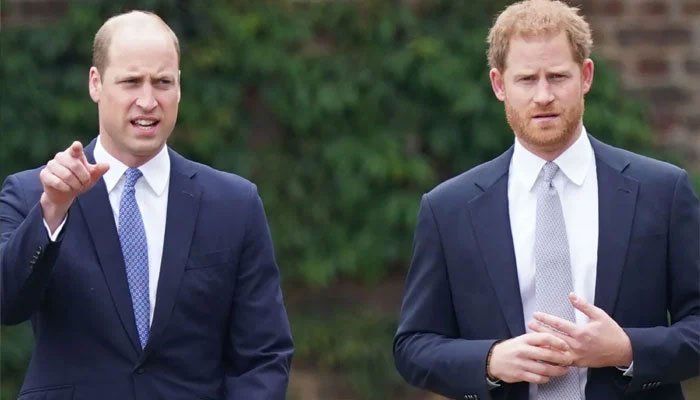 Love them or hate them, none can deny that the British Royal Family exude an almost mystical aura.

Perhaps it’s the proud and winding lineage, stretching back further than many countries go. Or maybe it’s the smoke-and-mirrors-esque shroud of mystery that seems to cloak Buckingham Palace and all who call it home.

In any case, the eyes of the world are seldom not on the Royal Family, and recent events have ensured that any who could care less about the British Sovereign and his/her brood are finding it difficult to go about their day without sparing at least a thought.

Of course, we’re talking about the death of Queen Elizabeth …
Word first broke regarding the Queen’s death on the afternoon of Thursday, September 8. Worrying reports had emerged during the day suggesting that she was in ill health, then the serious nature of the rumors was confirmed when royals from all over the UK and beyond began to make their way to the monarch’s Balmoral home.

Queen Elizabeth’s reign saw 15 different prime ministers, from Winston Churchill to the newly-appointed Liz Truss. It should go without saying that Her Majesty will be remembered as one of, if not the most, iconic figures in British history.

In a statement, Buckingham Palace said:

The Queen’s eldest son and heir, Charles – the former Prince of Wales – has now become King of the United Kingdom and the 14 Commonwealth realms.
“The death of my beloved Mother, Her Majesty The Queen, is a moment of the greatest sadness for me and all members of my family,” King Charles said in a statement.

“We mourn profoundly the passing of a cherished Sovereign and a much-loved Mother. I know her loss will be deeply felt throughout the country, the Realms and the Commonwealth, and by countless people around the world.”
King Charles added: “During this period of mourning and change, my family and I will be comforted and sustained by our knowledge of the respect and deep affection in which The Queen was so widely held.”

Yet it’s not just Queen Elizabeth who’s been the subject of media headlines all across the globe.

The British royal family is so much more than a monarch and his/her relatives. It’s a veritable institution, one whose members are watched and followed every day of their waking lives.

Sometimes, of course, such scrutiny can cross the line and become, quite frankly, too much. The tragic story of Princess Diana – hounded by the press so often that it took a very real toll on her happiness – is evidence of this. The same fate, it could be argued, almost befell Meghan Markle, before she and Prince Harry decided to step back from their royal duties for good and move to the US.

That move, however well intentioned, caused a rift of sorts between Harry and Meghan and the royal family, but it was nothing compared to the fallout of the couple’s now infamous sit-down interview with Oprah Winfrey.

In July of 2020, Meghan and Harry moved into their new home in Montecito, California. The area is home to many celebrities that want away from the hustle and bustle of Hollywood; celebrities like Oprah Winfrey, Gwyneth Paltrow and Ellen DeGeneres are all residents.

The couple stayed out of the public eye to the best of their ability following them leaving the UK. However, everything changed as they sat down with Oprah Winfrey for their first big primetime interview.

That’s when things took a huge turn for the dramatic.
Harry and Meghan’s interview with Oprah laid the framework for plenty of criticism, but it seems as though a large portion of the damage was already done, since the couple shared plenty of shocking claims during their sit-down.

There can be no doubting that a good many bridges were burned – at least severely damaged – when Harry and Meghan decided to air the Palace’s dirty laundry.

Speculation insists that both Harry’s father, now-King Charles, and brother, Prince William, were seriously aggrieved by his actions.

Indeed, the idea of Harry ever coming back into the royal fold has been discussed and debated continuously over the past year or so. Much was made of his return to the UK for the funeral of his grandfather, Prince Philip, in 2021, so one can imagine the type of scrutiny facing his presence in and around family members now that Queen Elizabeth has passed.

Last week, Harry and Meghan joined Prince William and Kate Middleton for a walk around Windsor Castle, dressed all in black. There, they met with gathered onlookers and received flowers in memory of their grandmother.

As per PEOPLE, William, who had extended the invitation to Harry and Meghan at the last minute, saw the walk as “an important show of unity at an incredibly difficult time for the family”.

Yet despite that, royal expert and author Cristopher Anderson believes that William might well be holding a grudge against his younger brother, even if Charles is prepared to let bygones by bygones and forgive him.

AmoMama cite Anderson has having noted that William “has got more of a grudge against Harry at this time”.

What’s more, Anderson said that the fractious relationship between the brothers could continue to worsen with time.

Anderson said: “So, everything they do, every tiny little gesture is going to be dissected. This adds to the pressure”.

Somewhat incredibly, Anderson went as far as to say that William might be hesitant to welcome Harry back into the royal fold in the UK at all.

More hesitant at least, it would seem, than his father, King Charles.

As per the royal expert, Charles feels that having his family around him, with everyone performing the duties expected of them, can only be a positive thing. With his mother gone, the oft-crippling weight of expectation will fall upon his shoulders, so it makes sense to assume that he wants those closest to him pulling their own weight and lending support where needed.

Royal author Tina Brown said much the same regarding Harry and King Charles’s relationship. Brown claimed that the King will aim to fix the bond he has lost with his son, thus healing any damage done. As per TIME, Brown said:

“Charles is going to be reaching out to Harry a lot. And I think he wants very much to heal that rift.”

She added: “Whether or not the rift can be healed will be more down to whether or not the Duchess feels that she would ever want to return to the family fold.”
Here’s to hoping that Harry can use his time in the UK to reforge the relationships left strained by the recent past.

Are you a fan of the British Royal Family? Do you think Harry will work his way back into the fold and heal the wounds between himself and his family members?