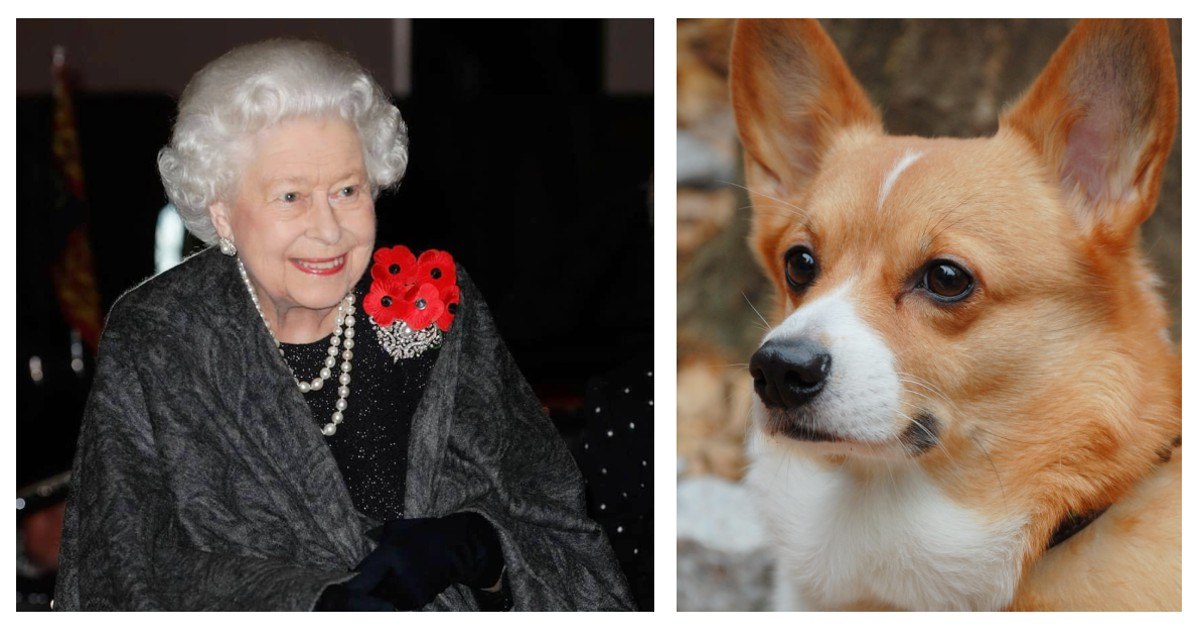 As you already know, Her Majesty Queen Elizabeth II passed away last Thursday, Sept 8, 2022. With her passing, a new King has been crowned, King Charles III.
Queen Elizabeth II leaves behind four children, King Charles III, Anne, Princess Royal, Andrew, Duke of York, and Edward, Earl of Wessex. She also leaves behind eight grandchildren, including Prince William, who is next in line of succession, and 12 great-grandchildren, including Prince George, who is next in line after his father, Prince William.

Queen Elizabeth also leaves behind four-legged creatures that have captured the hearts of many, her beloved dogs.
Her Majesty has four living dogs, Pembroke Welsh corgis, Muick and Sandy, a cocker spaniel, Lissy, and a dorgi mixed-breed, Candy. Now, the question is, where will they go?

Fortunately, the dogs aren’t just Queen Elizabeth II’s dogs, they’re the dogs of the Royal Family. And they won’t have to worry about where they’ll live now.

“The Duke and Duchess of York will care for Queen Elizabeth II’s beloved corgis,” their representative told USA Today.

Even though they’re already divorced, Prince Andrew and Duchess Sarah Ferguson still live at the Royal Lodge on the Windsor estate together and they’ll take care of the dogs together. And the Duchess seemed to be a perfect choice for the dogs because apparently, she and Her Majesty bonded over dogs, even after the divorce.

Queen Elizabeth loves her corgis.
Her love for corgis dates back to her childhood when her father King George VI was gifted with a corgi in 1933. They named him Dookie. Queen Elizabeth and Prince Margaret loved their dog. And when Queen Elizabeth II turned 18, she was gifted a Pembroke Welsh corgi she named Susan.

“Susan became the common ancestor for all of the queen’s dogs, ‘an incredible genetic legacy,’” the AKC shared.

Because of Susan, Queen Elizabeth would go on to have more than 30 dogs. The last of Susan’s descendants, Willow, died in 2018.

Her Majesty didn’t have lots of corgis because she loves corgis but because of something deeper.
“The dogs,” the BBC has noted, “are a connection to her father and a more carefree time. Every puppy after Susan was a way of keeping part of that with her, and a reminder that life and dynasties go on.”

And it’s true. The dogs have helped Queen Elizabeth II and other people through the most difficult times of their lives.
In fact, Queen Elizabeth II was known to walk away from difficult situations and walk off with her dogs. War surgeon Dr. David Nott remembered a time when he couldn’t talk to Her Majesty because of Post-Traumatic Stress Disorder (PTSD) because of the war in Syria.

“All of a sudden the courtiers brought the corgis and the corgis went underneath the table.” The Queen opened a tin of biscuits. “And so for 20 minutes during this lunch the Queen and I fed the dogs. She did it because she knew that I was so seriously traumatized,” Dr. Nott described.

This time around, it’s the dog’s turn for healing. And it’s good to know that they’re going to a home where they’ll always be loved.

Watch the video here and learn more about Her Majesty’s love for her dogs.