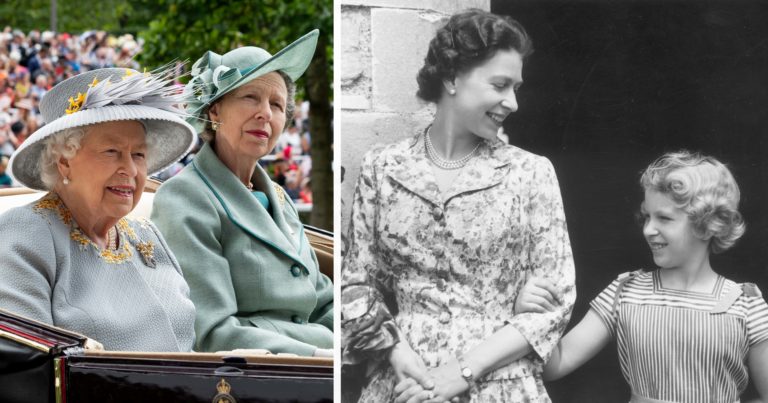 It should go without saying that King Charles and the rest of the Royal Family are in mourning after the passing of Queen Elizabeth. Today, Monday, they pay their final respects.

Queen Elizabeth’s passing
Last Saturday – in an emotional first address to the nation, 73-year-old Charles spoke highly about his late mother, Her Majesty The Queen.

“I know she will bring to the demands of her new role the steadfast devotion to duty on which I have come to rely so much.”

In his address, Charles expressed that despite the sorrow around the nation and Commonwealth, people would always “remember and draw strength from the light of her example.”

“To my darling Mama, as you begin your last great journey to join my dear late Papa, I want simply to say this: thank you,” Charles said. “Thank you for your love and devotion to our family and to the family of nations you have served so diligently all these years. May’ flights of Angels sing thee to thy rest.’”

On Wednesday last week, Queen Elizabeth’s coffin was transported from Buckingham Palace as she left her official home for the last time.

Queen Elizabeth’s last ever journey
The journey to Westminster Hall went along Queen’s Gardens, The Mall, Horse Guards and Horse Guards Arch, Whitehall, Parliament Street, Parliament Square, and New Palace Yard, with tens of thousands of people honoring her along the way.

The procession – which, according to The Guardian, had been decades in the making – saw the Queen’s coffin placed on a gun carriage and drawn through the center of the capital. The gun carriage, The George Gun, was also used for the ceremonies when the Queen Mother and King George VI – Her Majesty’s parents – passed away.

King Charles joined William and Harry in walking behind the coffin, as did the Queen’s other children, Prince Andrew, Prince Edward, and Princess Anne. Meanwhile, the Queen Consort, Kate Middleton, Sophie, and Meghan Markle traveled by car.

Hundreds of thousands of people got to say a last farewell to the Queen. Westminster Hall was open 24 hours a day. However, not everyone in the queue was guaranteed to get to see the Queen, as she was lying in-state.

The BBC reported that the entry to the back of the line was to be closed early to ensure that those already waiting got the chance to walk past the Queen’s coffin.

King Charles held a reception at Buckingham Palace on Sunday evening for all heads of state attending the funeral of Queen Elizabeth. At 8 P.M. a national minute’s silence was held.

“As we prepare to say our last farewell, I wanted simply to take this opportunity to say thank you,” King Charles said.

“Over the last 10 days, my wife and I have been so deeply touched by the many messages of condolences and support we have received from this country and across the world.”

He added: “In London, Edinburgh, Hillsborough, and Cardiff, we were moved beyond measure by everyone who took the trouble to come and pay their respects to the lifelong service of my dear mother, the late Queen.

“As we all prepare to say our last farewell, I wanted simply to take this opportunity to say thank you to all those countless people who have been such a support and comfort to my family and myself in this time of grief.”

On Monday, the funeral for the Queen was held in Westminister Abbey.

As Buckingham Palace detailed last week, The Choir of St George’s Chapel would sing during the funeral service for the closest family. Then, before what’s described as the “final Hymn,” Queen Elizabeth’s imperial state crown, the Orb, and the Sceptre will be removed from her coffin and placed on the altar. King Charles will then put his mother’s Company Camp Colour of the Grenadier Guards on her coffin before The Lord Chamberlain breaks his Wand of Office and places it down.

The Queen’s coffin will then be lowered into the Royal Vault. At that time, the Dean will read Psalm 103. It ends with the traditional words; Go forth upon thy journey from this world, O Christian soul.

At the end of the service, the national anthem will be sung. When Queen Elizabeth is buried at the King George VI Memorial Chapel later in the evening, she will be reunited with her beloved husband, Prince Philip. They are to be buried together.

Queen Elizabeth’s last wish involved Princess Anne
The passing of Queen Elizabeth has been carefully planned for a long time. Last year, Politico revealed the plans, but it appears that the Queen was actively involved in preparing it.

As reported by the Daily Mail, Queen Elizabeth had chosen Princess Anne, Her Majesty’s only daughter, to play an essential role in accompanying her coffin in the days between her passing and the state funeral in Westminster Abbey.

Anne was the primary person escorting the coffin from Balmoral Castle – where the Queen passed away – to Edinburgh days after Her Majesty’s death. Moreover, she also traveled with the Queen’s casket on the flight to London.

Princess Anne also walked just behind her mother’s coffin enroute to Westminster Hall, where she lied-in-state.

Reports suggest that Her Majesty was heavily involved in many details of her funeral arrangements. As such, having Princess Anne accompany her on her last journey was likely one of Queen Elizabeth’s final wishes.

Moreover, it proves that Anne was vital to her late mother.

By all accounts, Princess Anne and the Queen had a special relationship. She was only three years old when her mother became the Queen of England in 1953.

Queen Elizabeth – relationship with Princess Anne
Anne and her mother had a tight bond and often spent time together on royal getaways. The Queen and her husband, Prince Philip, had a hectic schedule, but as Anne recalled in the BBC program A Tribute To Her Majesty The Queen earlier this year, it was during holidays the family got to spend quality time together.

“The holiday times were pretty well kept, actually, from our perspective,” Princess Anne said, adding that her parents were “nearly always around.”

Queen Elizabeth spent most of her annual summer breaks at Balmoral in Scotland. As Anne added, Her Majesty loved her getaways, “partly because it included all the things that she enjoyed, including the countryside, the dogs, the horses and just being out and about and being able to get away a bit from that public gaze.”

In 2017, Anne spoke highly about her parents, saying that for the Queen and Prince Philip, a “sense of partnership was really important.”

“It was a very much complimented each other’s strengths and skills and that continued to be true,” she added.

“It has been an honour and a privilege to accompany her”
When her mother passed away, Princess Anne took to Instagram to honor the monarch. She shared a wonderful photo of herself with Queen Elizabeth.

“I was fortunate to share the last 24 hours of my dearest Mother’s life. It has been an honour and a privilege to accompany her on her final journeys. Witnessing the love and respect shown by so many on these journeys has been both humbling and uplifting,” Anne wrote.

She added: “We will all share unique memories. I offer my thanks to each and every one who share our sense of loss. We may have been reminded how much of her presence and contribution to our national identity we took for granted.”