Stray cat comforts abandoned dog as they wait to be rescued 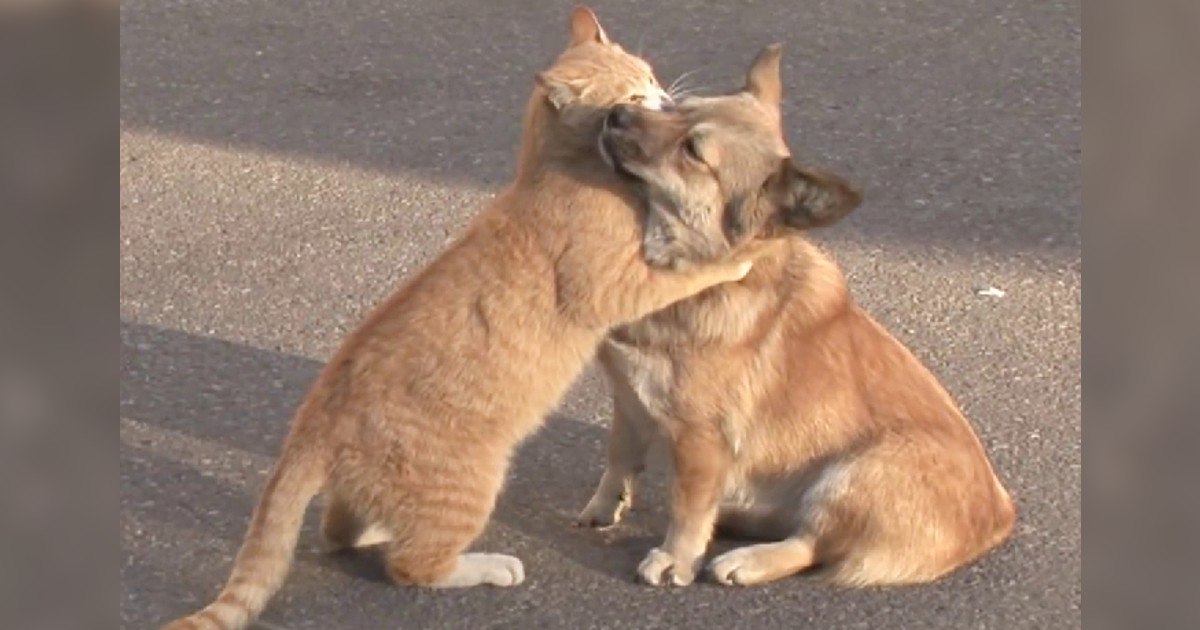 Stray animals often depend on the kindness of humans to survive in the street.

They don’t know where to find food or how to keep themselves warm. It is up to humans to show their care for these animals.

Some strays find comfort in each other, too.

They may be animals, but they have a way of communicating with each other. At times you would think that they take good care of each other better than we, humans, do.

This stray cat never left this abandoned dog’s side until he could find his family.

The sad thing was that the dog was abandoned by his previous owners. The residents of Unit 103 from this apartment building transferred to a senior care home where pets weren’t allowed to go in. They had no choice but to leave the dog outside the apartment.

It was clear how the dog sat outside the entrance, checking the people’s faces.

He was trying to search for a familiar face in the sea of people that came in and out of the building. The residents knew about this, and they felt sorry for the dog. He has been outside for six months already.ADVERTISEMENT

The stray cat has been following the dog for a couple of months.

He probably felt like they have the same story since they found each other in the streets. They found comfort in each other and never left each other’s side. It’s adorable how they curl up and cuddle together at night.

Residents noticed the paw-some duo and fed them from time to time.

They left them some food in bowls. One resident even made a makeshift shelter so the two could stay inside and keep themselves safe when it’s cold and windy outside.ADVERTISEMENT

However, the residents’ worries grew as winter approached.

Since no one was claiming these animals or was willing to take them in, they called the animal rescue services. Catching them was difficult since both dog and cat were wary of their intentions.

They just want to stay in their safe space together. It took more than a day to catch both the dog and the cat.

A resident was teary-eyed after the successful rescue.

“I don’t know, it’s great that they’re rescued, but I’m also worried. Hope they meet a good family who genuinely loves animals,” she said to the Kritter Klub crew when asked why she was crying.

The animals were brought to the vet for a medical checkup.

Surprisingly, both were healthy – without any disease, infection, or parasites – as opposed to their usual expectations of feral animals. The veterinarian also said that the residents around the apartment complex must have taken care of them well.

The concerned citizen visited them in the shelter one more time.

She was glad that both the dog and the cat were now safe. Her only wish is for them to stay healthy and get lots of love from their new family. Everyone also wished they would be adopted together since it is clear that the two had a strong bond.