One NBA Player Stood For The National Anthem, Had This To Say 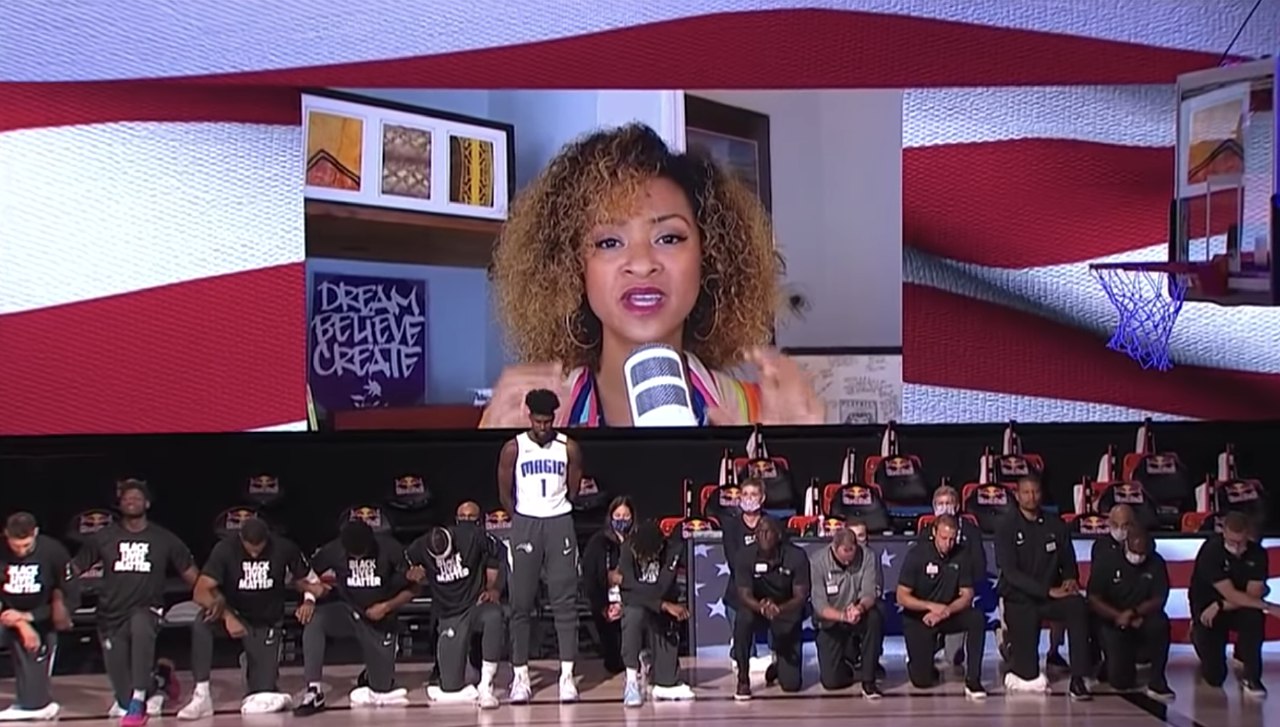 While the national anthem was being played before the kickoff of the Orlando Magic vs. Brooklyn nets game, it was easy to notice one player standing out from the crowd. Magic forward, Jonathan Isaac, also an ordained minister, will always be recognized as the first-ever NBA player to fail to take a knee or pull on a “Black Lives Matter” shirt like the rest of his teammates. According to people that we’re aware of his decision, it did not surprise the rest of his teammates since it was something they had discussed beforehand, as written by the associated press.