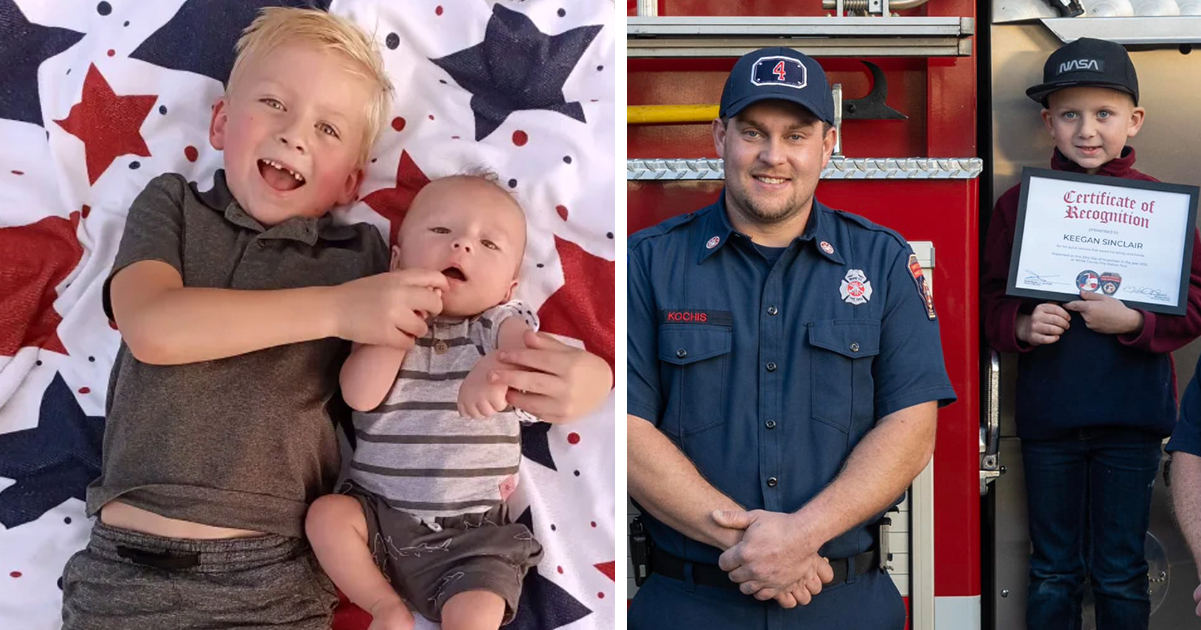 We’re often told that heroes come in all shapes and sizes.

Hollywood might have you believe that the only people capable of filling the role are six-foot-plus, strapping, handsome characters with the capacity to subdue enemies and save the world, but the truth is that in the real world, heroes are often … well, individuals just like you and me.

7-year-old Keegan Sinclair fits the bill, in any case. The youngster, who lives with his family in White County, Georgia, proved that beyond all doubt on November 18, 2022, when he saved the lives of his mother, father, and 7-month-old brother.

According to reports, it was the Friday before Thanksgiving when the 7-year-old suddenly woke to find that neither the night light nor the fan in his room were working.

Keegan got up to tell his parents. His mom, Savannah, told him that he didn’t need to worry and that he should try to go back to sleep. She reportedly believed it to be nothing more than a power outage.

Yet little Keegan returned shortly after to tell his parents something rather more ominous.

It was those words that compelled Savannah and Keegan’s mom, Kevin, to get themselves out of bed and investigate what their son was talking about.

And it’s a good thing they did.

As it turned out, there was indeed a fire, one that could have spelled the end for the whole family.

Kevin later said that it was difficult to discern the origin of the blaze, but that it had spread rapidly by the time he was able to find the fire extinguisher.

The incident, which occurred just one week before Thanksgiving, left the family understandably shaken. Had it not been for Keegan’s quick thinking actions, a grave tragedy could so easily have occurred.

He wrote: “I’m just so thankful he told us so quickly because by the time I found it and then got back outside with the fire extinguisher it had grown double in size. Thank you keegan you’ve always been a little hero (sic)!!”

Wednesday, November 24, Keegan was awarded a certificate to honor his actions in saving his family. Firefighters, first responders, and members of his community were present to applaud him.

Director of Public Safety David L. Murphy said: “This Thanksgiving season, we are thankful for this young man and his quick actions that ultimately saved his family and home.”