Actor Ali MacGraw sacrificed her own career for Steve McQueen 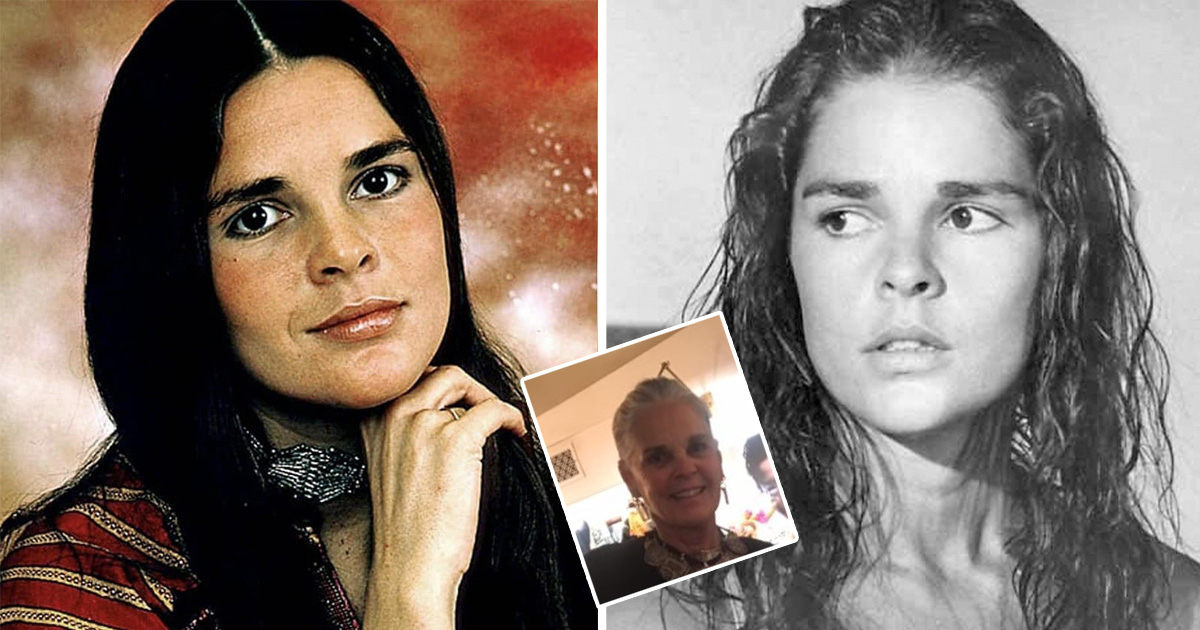 Ali MacGraw became a Hollywood superstar overnight. But just as quickly as she rose to fame, she disappeared from show business altogether.

Today, the 83-year-old actress has settled down in a remote and tiny town, and she’s aging gracefully with her grey hair.

Ali MacGraw – born Elizabeth Alice MacGraw – was born on April 1, 1939, in Pound Ridge, New York, USA. Her mother, Frances, was an artist and worked at a school in Paris, later settling in Greenwich Village. She married Richard MacGraw, who was also an artist. In 1939, Ali was born.

Ali’s father Richard supposedly had issues from his own childhood which made him a little bit different from others.

He had survived a terrible childhood in an orphanage, running away at the age of 16 to go to sea. He would later study at an art school in Munich, Germany.

“Daddy was frightened and really, really angry. He never forgave his real parents for giving him up,” Ali explained, saying said her father’s adult life was spent “suppressing the rage that covered all his hurt.”

Money was short for their family, too. Frances and Richard, together with Ali and her brother, Richard Jr, had to move into a house on a Pound Ridge wilderness preserve which they shared with an elderly couple.

“There were no doors; we shared the kitchen and bathroom with them,” Ali said. “It was utter lack of privacy. It was horrible.”

Mom Francis worked with several commercial-art assignments and supported the family. At the same time, Richard had a hard time selling his paintings, and as a result became very frustrated. Ali’s brother Richard became a victim for his anger at home.

“On good days he was great, but on bad days he was horrendous,” she recalled. “Daddy would beat my brother up, badly. I was witness to it, and it was terrible.”

Ali was the daughter of artists, and she knew that she, too, wanted to go into a creative line of work as she got older. She earned a scholarship at the prep school Rosemary Hall, and in 1956, she moved to study at Wellesley College in Massachusetts.

By the age of 22, Ali MacGraw moved to New York and got her first job as an assistant editor at Harper’s Bazaar, working with photographers as an assistant.

Fashion editor Diana Vreeland hired Ali as, what she recalls as, a “flunkie”. Ever seen the film The Devil Wears Prada? Well, it was pretty much that.

The future Hollywood celebrity worked her job as an assistant for several months. Then, about six months in, fashion photographer Melvin Sokolsky noticed her beautiful looks, and Ali MacGraw was hired as a stylist,and given a better salary. She’d end up staying in that position for six years.

“I don’t know where she got this work ethic, but Ali would come in at eight a.m., and many times I’d come back at one in the morning and she would still be doing things for the next day,” Ruth Ansel, a former art director of Vanity Fair and Harper’s Bazaar recalls.

Ali was great as a stylist. But soon, she was asked to work in front of the cameras as a model. It didn’t take long before she was on magazine covers all over the world, even appearing in television commercials. For thing led to another, and Ali tumbled headfirst into the profession of acting.

She had been sketched nude by Salvador Dali a couple of years earlier. But when the surrealist artist started sucking her toes, MacGraw decided that she’d rather be an actress than a model.

Ali went straight from an unknown stylist and into the world of cinema, and boy, did she do it with a bang.

She was untutored in the art of film, which gave her acting another dimension. Her natural beauty was stunning, and the audience loved her.

Following a small role in A Lovely Way to Die (1968), she was asked to star in the 1969 film Goodbye, Columbus. It turned out to be a great call, with MacGraw receiving a Golden Globe for Most Promising Newcomer – Female. The following year, she got her big international breakthrough with a role that would pretty much sum up her career.

Ali MacGraw had received a script from her agent. She’d read it and wept twice because of how much she loved it. She decided she really wanted a part in it, and got herself a meeting with the film’s producer Robert Evans – who at the time was Paramount Picture’s head of production – at the Beverly Hills Hotel’s Polo Lounge. Not only did Evans think she was perfect for the part in the movie Love Story, he absolutely fell in love with her.

MacGraw – playing the role of Jenny – acted alongside Ryan O’Neal in the movie Love Story. The American romantic drama film, in which Ali played a working-class college student, became a smash hit.