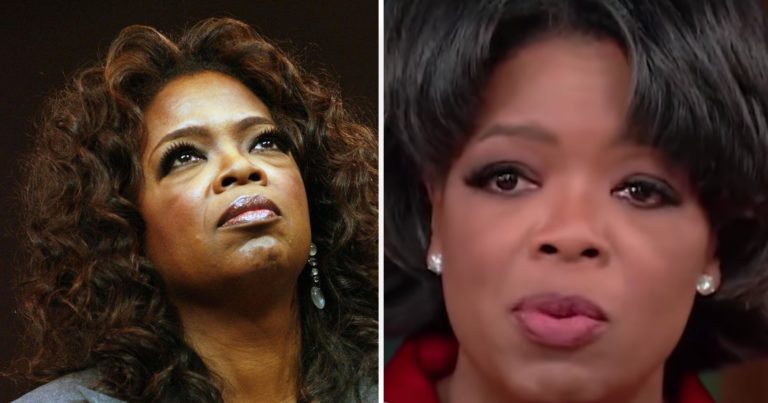 At this point, it’s fair to say Oprah Winfrey has enjoyed a long and very successful career. These days, she enjoys spending time with her partner Stedman Graham in their Montecito mansion.

At the same time as Oprah’s enjoyed plenty of success, she’s had hair fair share of hardship over the years. In fact, the legendary television host revealed recently that she doesn’t actually have that many friends at all.

So why is that? According to Oprah, there’s a simple explanation.

Oprah Winfrey looks to finally be slowing down after a long, busy and very successful career. She started off by working as a television journalist, co-anchoring the six o’clock headlines on WJZ-TV. However, she was dropped from the gig and moved on to work at the news desk, where she was yelled at every night by an editor.

She says that helped her further down the line.

“In the end, I didn’t get fired, but I did get demoted to the talk show … which was seen as a big demotion in those days. And that’s where it all began. So, I thank him. He was inadvertently a guiding light.”

Oprah got the job hosting the television show People Are Talking, which became a big hit. After eight years, she went on to do a talk show in Chicago called AM Chicago, which in 1986 was renamed The Oprah Winfrey Show.

Oprah came into a television industry that was flooded by white males. As a young black woman, she was a pioneer in the field, and her presence soon became what can be referred to as a revolution.

The Oprah Winfrey show became a stalwart of TV, attracting millions of viewers. Oprah interviewed more than 37,000 people on her talk show during the 25 years it aired, from average Joe’s with everyday problems to Michael Jackson and President Obama.

There was quite literally someone from every walk of life on the show at one point or another.

The Michael Jackson interview actually became one of the most-watched interviews in TV history, with more than 90 million people tuning in.

“It was the most exciting interview I had ever done,” Oprah said. “We are coming in the gates of Neverland, and it’s like a moment in The Wizard of Oz.

“It was literally like going to see the wizard. We couldn’t believe it. I felt like a kid.”

Oprah signed a new contract to continue The Oprah Winfrey Show through the 2010-2011 season. At the time, the show could be seen on more than 200 US stations and in more than 100 countries worldwide.

In 2011, when her contract expired, Oprah decided to end her show after 25 successful years.

Then, in 2013, she was awarded the Presidential Medal of Freedom by President Barack Obama.

Oprah has met thousands of people in her life, both on stage and in her private life. However, she isn’t quite the friendship magnet you might think she’d be.