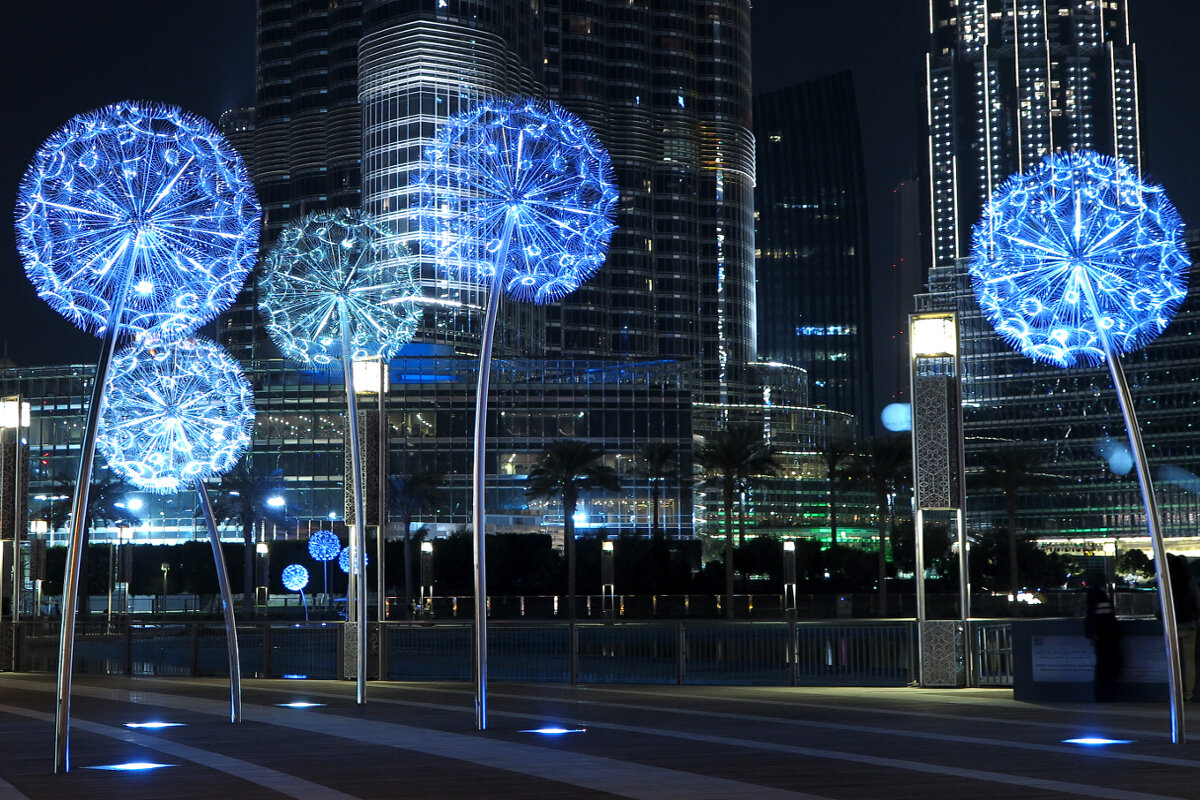 The installation is an integral composition assembled from various objects. Natural and man-made materials can be used. Thanks to the unexpected use of familiar objects, the artist manages to achieve a change in meaning, beat reality, emphasize any problem and draw attention to it.

This is the longest installation in the world. With a relatively low height, 5.5 m, it has a length of 40 km. It was erected in the 70s. last century by Christo Yavashev and Jeanne-Claude de Guillebon, his wife. The two of them began to wrap various objects in cloth to give them the status of art. The fence, stretching across California, was their biggest project yet.

Symbol of peaceful atom and atomic age. In combination – one of the main attractions of Brussels. It was built in 1958. The total height of the installation is 102 m. It consists of 9 interconnected spheres. The diameter of each is 18. You can move around the Atomium on special escalators.

A series of semi-circles in rust-coated steel. They occupy an entire gallery in the Guggenheim Museum in Bilbao. When the visitor passes through them, he gets the impression that the space is moving around him.

This is the work of Chinese artist Ai Weiwei. It was opened in 2010 at the Tate Modern. The installation covers an area of ​​1000 sq. m. It represents 100 million porcelain sunflower seeds scattered on the floor of the gallery. Each seed was made and painted by hand. They symbolize the Chinese people and make visitors think about the role of the individual in society. No matter how similar people are, they are always different and somehow different from each other.

Florentine Hoffman created the giant rubber duck, a symbol of childhood and carelessness, in 2007. “Toy” weighs a ton and has dimensions of 26x20x32 m. Then he let him go on a big voyage through the waters of the oceans. The fact that the duckling managed to swim past the shores of all countries over the years perfectly shows how all people on the planet are connected by water.

6.Crack in the floor of London’s Tate Modern Gallery (Shibboleth)

An exhibit that injured several gallery visitors. The crack in the floor was created artificially in 2007. They measured 167 m long, about 1 m deep and 25 cm wide. The work of Doris Salcedo symbolized the disunity of people. However, the installation was removed a year later.

Bruce Munro laid out a lake of 600 thousand disks, divided in the middle by a “river”. The panel occupied a whole field, but after 2 months it was removed, and the discs were disposed of.

Anish Kapoor has created a giant Leviathan from thick tents stretched and inflated. The total installation area is 14 thousand square meters, and the height reaches 35 m. It is impossible to cover it in one glance. Leviathan should immerse viewers in a state of physical and aesthetic shock.

Fountain assembled from metal platforms and plates. It is designed in the form of a man’s head, from whose mouth water flows. Metal platforms constantly move at the most incredible angles. Head weight – 14 tons.

A giant sculpture of the 7-month-old son of Mark Quinn, the author of the installation. The bronze baby weighs 7 tons, and the height of the reclining figure is 10 m. Thanks to the inconspicuous props, it seems that the boy is floating in the air. So the artist tried to express the boundless love of parents for their children.