Top 10 Largest Pizzas in the World 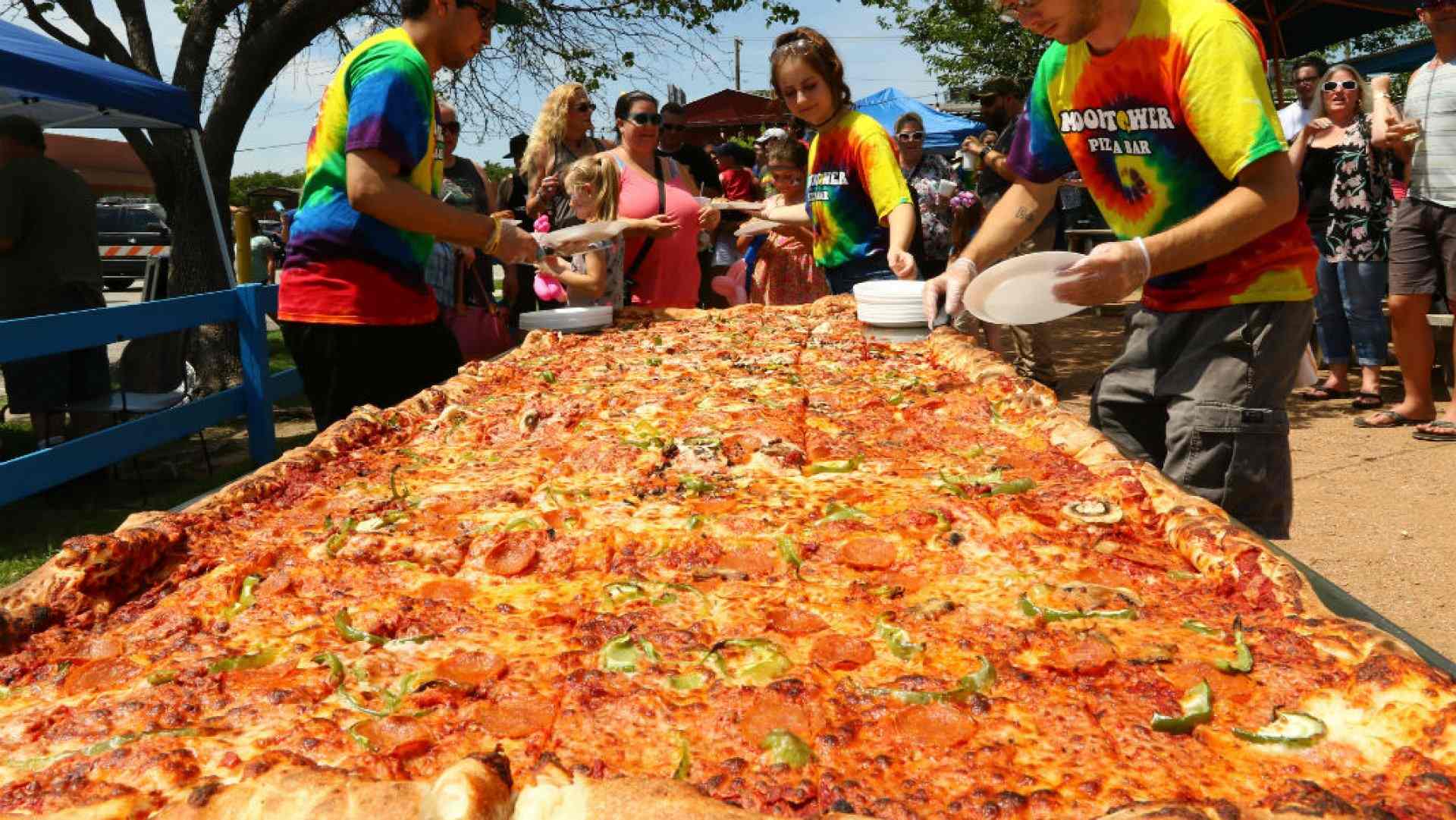 Do you love pizza? At the beginning, a few words about the history of the dish, and then forward to the records. Pizza is a traditional Italian dish. The prototype of pizza was food served on slices of bread in the homes of the ancient Greeks and Romans. The first Italian pizza appeared in Naples in 1522, since then chefs have been competing to make the biggest pizza.

Pizza made in Italy 2012 got into the Guinness Book of Records – as the largest pizza ever made. Prepared by chef Dovilio Nardi with two other chefs, the diameter of this pizza was 39 meters.

A huge pizza with a diameter of 36 meters was prepared by a team from the Norwood Pick n’ Pay supermarket in South Africa in 1990. The proceeds from the sale of thousands of pizza slices were donated to charity.

Lorenzo Amati made the largest pizza twice in his restaurant in Florida and twice his record was broken. After that, in 1987, Lorenzo made the really largest pizza at that time, its diameter was approximately 21.9 meters. The proceeds from the sale of the pizza were donated to a charity, the American Red Cross.

Fash Aswadi created the longest freeway pizza in California in 2018. This pizza is the answer to the record – the longest pizza from Naples. Volunteers helped prepare a pizza that curved along the curvature of the road.

The huge pizza was made at the Naples Pizza Festival in 2016. The dish was prepared in front of an astonished audience.

They say that in Texas they love everything big, and it seems that this applies to pizza as well. In Burleson in 2018, the Moontower Pizza Bar created a large commercial pizza in this city.

This place specializes in the biggest pizzas, here you can order 2 times more pizza than in any other restaurant.

Big Mama’s and Papa’s Pizzeria in California set the record for the largest pizza available for delivery. The establishment also holds a competition, if 8 people can eat pizza in 2 hours, the pizza will be free, and the participants will also receive a cash prize.

It’s Texas again, Big Lou’s Super 42 has gone from size to weight in their pizzas. Customers can add any ingredients in large quantities, the final weight of the pizza can be up to 15 kilograms. If a 42-inch pizza is big enough for you, you can order a smaller 37-inch pizza.

From a restaurant called Pizza Machin, you expect the pizza to be cooked by a machine, but in fact a special crane serves a forty-inch pizza. The restaurant itself and the service were even more interesting than the pizza. Unfortunately the restaurant closed some time ago and now the owners are selling pizza from an old school bus, Pizza Machine is still available on their menu.