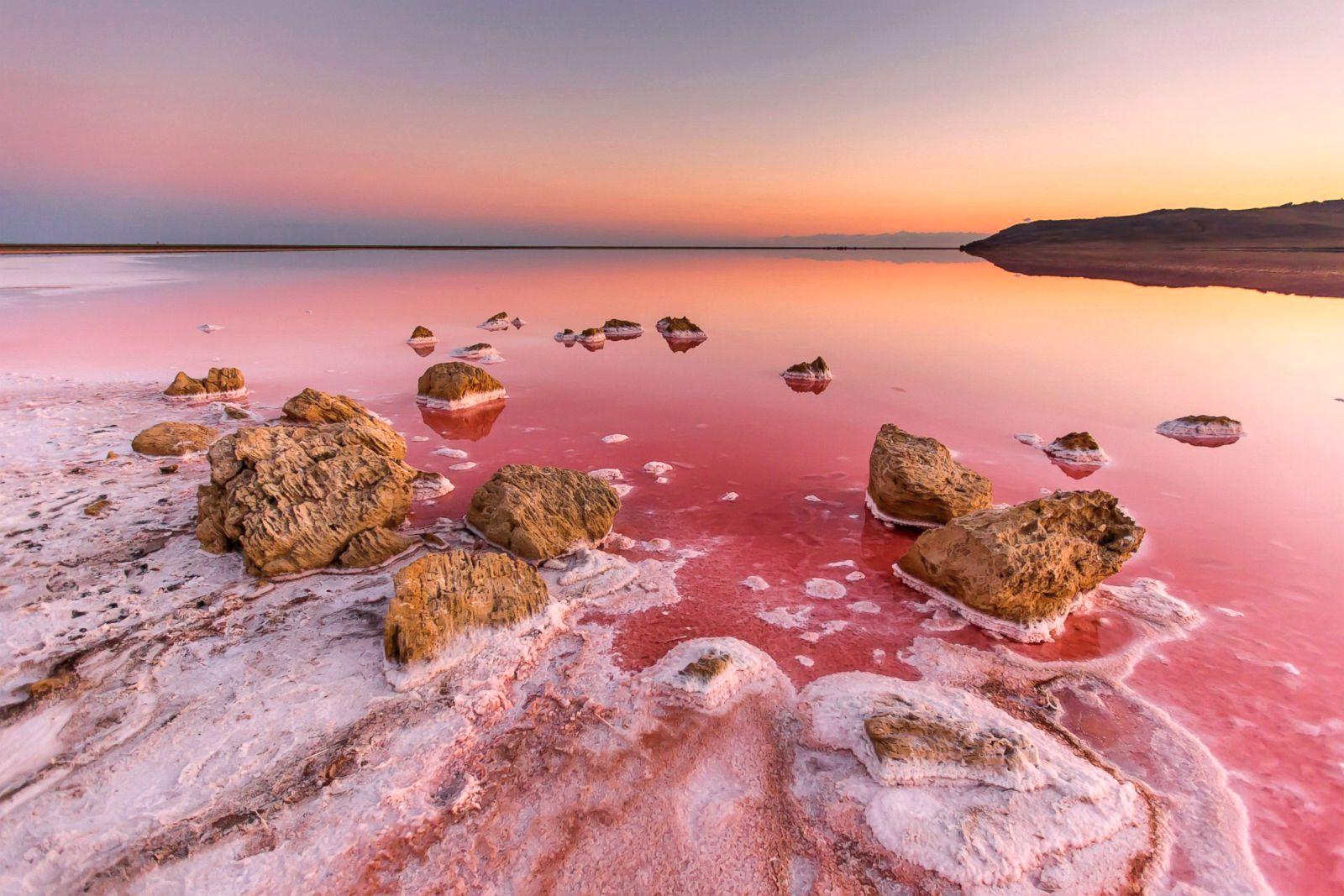 In order for a certain piece of land to turn into an amazing lake, a very salty lake, a combination of several circumstances is necessary. Firstly, the reservoir must be stagnant and, preferably, shallow, and secondly, the water must have access to salts. Therefore, as we will see, many of the world’s saltiest lakes have a lot in common.

There are 764 grams of salt per kilogram of water in Lake Gaetel in Ethiopia. This is an awful lot, and in addition to the salinity, the water temperature in the lake reaches 50 degrees. The lake was formed more than 10 years ago as a result of an earthquake and has been fed by hot springs ever since.

In Lake Don Juan, located on the most “closed” continent of our planet – Antarctica, there are 18 times more salts than in the ocean! It is the exceptional salinity that allows the water not to freeze in the conditions of the Antarctic winter, when the air temperature drops below 50 degrees.

The access of sea water and constant evaporation lead to the super-salinity of this reservoir, but Lake Retba in Senegal is known for more than that. A certain bacterium colors its waters pink and gives a pink tint to the salt that is mined here. It’s amazing, but fish adapted to terrible conditions live here!

All the “very salt” of Assali is at a depth of about 20 meters, the lake is slightly less salty above. This is the lowest point in Africa, so it is not surprising that Assal, where the waters of the environs of Djibouti merge, is salty.

One of the saltiest lakes in the world is located in the Kurgan region of the Russian Federation. The concentration of salts here is formed due to the large area and shallow depth, due to which the lake, fed only by melt water, actively evaporates. There are living creatures in the lake – the smallest crustaceans.

And here we are again in Antarctica, not far from Lake Don Juan. Another salt lake, Wanda, is located here. It is interesting because it is divided into several layers, the waters of which never mix, have different salinity and temperature. For example, the top layer is up to 6C, and the bottom one is 23C.

The salinity of Kara-Bogaz-Gol is of a different plan, it is full of Glauber’s salt, which, evaporating, forms mirabolite deposits on the shores of the lake. The lake owes its origin to the Caspian, which feeds its waters. Thanks to the whim of nature, the light waters of the Caspian Sea can penetrate Kara-Bogaz-Gol, but the heavy lake water does not go back.

If you were surprised not to meet the Dead Sea in the tops of our list of the saltiest lakes on Earth, then here it is. This is the lowest point on earth, and water cannot flow out of the reservoir. This, as well as the exceptionally hot climate that evaporates the water, owes the Dead Sea its salinity.

This shallow lake in Russia practically evaporates in the summer, leaving only a few centimeters of water, and in the spring it barely exceeds 1.5 meters in depth. Spread over 152 square kilometers, it actively evaporates water. Bacteria also thrive here, giving the water a reddish tint.

This is one of those lakes that has only gotten saltier over time. Urmia in Iran is actively evaporating due to the fact that the rivers that feed it are more and more dismantled for irrigation. There are plans to save the lake, but so far it is slowly dying.