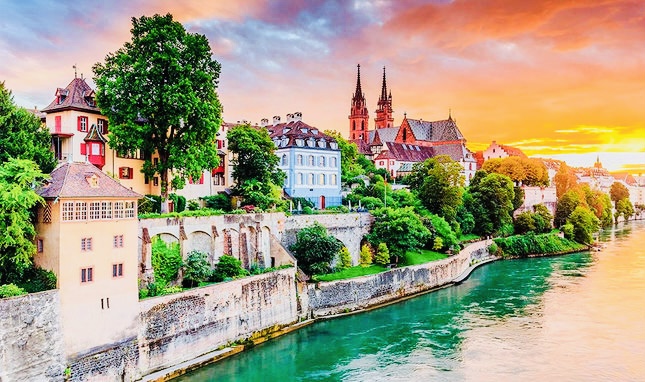 If anyone does not know, expats are called foreign professionals working outside the home, this is an abbreviation for the English expatriate. The assessment was made on the basis of a survey of more than 12 thousand people, in 57 cities, according to five criteria: quality of life, integration, career opportunities, cost of housing, cost of living.

Kuala Lumpur is the capital of Malaysia, the city is known for its modern architecture, the symbol of the city is the famous Petronas Towers. The city has a large number of banks, stock exchanges, branches of various companies, so English-speaking expats feel good here.

Malaga is a city in Spain with a population of 570 thousand people. In the middle of the 20th century, the city experienced an economic boom associated with an increase in the number of tourists from Europe. A large amount of work attracted workers from Eastern and Central Europe. For this reason, local residents are accustomed to foreign workers and treat them quite friendly. The presence of the sea and mild climate make Malaga a very comfortable place for expats to work.

Dubai is a city on the coast of the Persian Gulf, known for its luxury shopping and luxury housing, modern architecture and the introduction of advanced technologies. The rapid development of the city in the desert was facilitated by the attraction of foreign specialists, the city has a huge number of expats of various professions, 76% of them feel at home in Dubai.

Sydney is a city in Australia with a population of 5.3 million. 37.7% percent of Sydney’s population was born outside of Australia. The main countries of migration are Great Britain, China and New Zealand. Australia, a country filled with migrants, 72% of expats in Sydney feel at home.

Singapore is a city located on the islands in Southeast Asia, with a population of 5.7 million people. Singapore is the second most densely populated country in the world after Monaco, however, the territory of Singapore is increasing due to the influx of islands. The rapid economic development of the city attracts foreign specialists, Singapore is home to 2.2 million foreigners. Since the middle of the 20th century, the government has proclaimed the principle of harmony in society, as well as English as the main language of communication, this contributes to comfortable conditions for visiting expats.

Ho Chi Minh City is a major city in southern Vietnam. The population is 8.4 million people. Ho Chi Minh City is an important economic center of Vietnam and attracts a lot of foreign investment. In recent years, information and computer technologies, factories for the production of printed circuit boards, parts for mobile phones, consumer electronics and software have been actively developing. One factor that expats are satisfied with is the low cost of living, with over 84% of them saying their salary is more than enough to live comfortably.

Prague is the capital and largest city in the Czech Republic. The city is traditionally liked by expats for its good transport infrastructure, ecology, career opportunities, as well as for a variety of recreation and activities. The disadvantages include: the high cost of housing, the difficulty of communicating without knowledge of the Czech language, sometimes not a friendly attitude of local residents.

Mexico City is the capital of Mexico, the largest Spanish-speaking city in the world, the Mexico City agglomeration is home to 21 million people. The city belongs to the global, leading financial centers of the world. 93% of expats find it easy to integrate in Mexico City and about 80% of them feel at home.

Basel is a city in northwestern Switzerland with a population of 170,000. The city is considered the center of the chemical and pharmaceutical industries, and Basel is also home to a large number of bank headquarters. Expats living in Basel appreciate public transport and safety in the city.

Madrid is the capital and largest city of Spain. Madrid is a major economic and cultural center of the country. The city ranks first in terms of population – 3.2 million people, population growth is mainly due to immigrants. Expats appreciate the availability of entertainment, the abundance of cultural events, as well as the gastronomic diversity.