The most beautiful islands 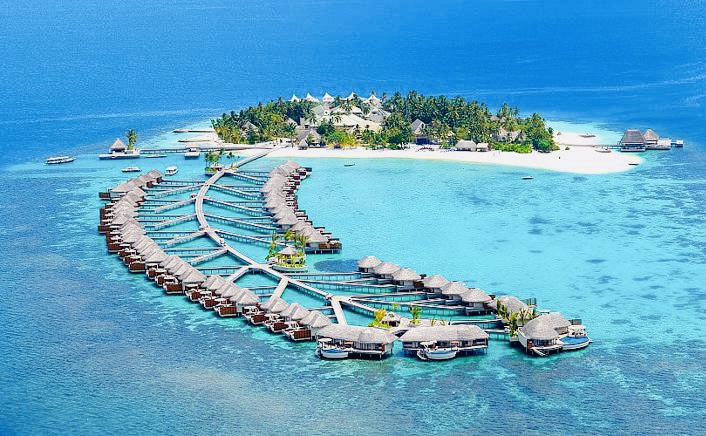 The island is a place of wilderness, peace and relaxation. It is about the most beautiful islands in the world that will be discussed in today’s selection.

Bora Bora is in the South Pacific and is famous for its water bungalows. This heavenly place is the second largest in French Polynesia after Tahiti. The beauty of this place is emphasized by the towering mountains of Pahia, Mataihua and Otemanu, which are replaced at different times of the day by an incredibly diverse palette of colors, which, contrasting with the water, casts a myriad of magical highlights.

The emerald sea, striking with the variety of corals, the abundance of tropical animals, as well as the Dead Forest and bat caves – this is what distinguishes this island from many others. Opened to tourists relatively recently, Boracay is attractive primarily for its enchanting nature, where velvety, coconut milk-colored sand is replaced by crystal clear water, in which palm leaves are reflected.

The archipelago, consisting of six small islands, is located off the coast of Thailand and is famous not only for its amazing beaches and beautiful landscapes, but also for being the center of the action of the movie “The Beach”, in which Leonardo do Caprio played the main role.

The united islands of the main state of Oceania are a kind of diamond in the Pacific Ocean, where warm weather reigns all year round. Evergreen forests, clear waters and a unique curving coastline have made this place a paradise for hikers, also set apart from others by the well-organized spearfishing, diving and rafting. The sand dunes of Sigatoka, the amazing beach of Viti Levu, the surf on the Cloud Breaker waves – all this makes Fiji one of the most colorful islands in the world.

Ancient settlements with snow-white houses, colorful beaches and rocks soaring into the sky are amazing, as well as fantastic volcanic landscapes make this place one of the most picturesque corners of the Mediterranean. Outwardly calm and inspiring nature conceals the mysteries of a lurking volcano, whose frozen lava once overflowed with stormy streams, thereby giving the island a special charm and alluring appeal.

The center of ecological and beach tourism, the island, after which the asteroid is named, and the place, the beauty of which served as the basis for the creation of more than a dozen musical works – all this is Bali. This tropical paradise is a godsend not only for tourists who prefer to drown in the sunsets of the ocean, but also for those who appreciate the original culture of Indonesia.

The “coral state” in the Indian Ocean can rightly be considered one of the most beautiful islands in the world. A kind of Mecca for scuba divers stands out among other islands with an unusually rich underwater world and the possibility of exploring it in crystal clear water. The very name, which means island-palace, suggests that this place is not only beautiful, but majestically bewitching.

A tiny island in the south of the Andaman Sea is not distinguished by a large number of attractions or the scale of entertainment, its beauty lies in its simplicity. Bounty-colored sand, emerald water and original beach bungalows are perhaps the most important advantages of this island. The “paper” island with thatched roofs impresses with the fact that in such a relatively small area the cleanliness of the coastline is preserved, and activities such as diving and snorkeling are available around the clock.

This island, located in the heart of the Mediterranean Sea, is also deservedly included in the ranking of the most beautiful islands in the world. It is here that one of the most beautiful rocky coasts with deep caves is located, here is the largest active volcano in Europe, Etna, as well as the Capuchin catacombs and the valley of the temples.

The rapidly developing island of Thailand is still the most beautiful natural wonder of the area. The so-called “wild coconut paradise” stands out with impressive waterfalls, beautiful rubber plantations, and a large number of beaches, the length of which is colossal. This island can rightfully be called quiet and peaceful, so its beauty lies in the natural tranquility and, as the famous advertisement said, “paradise delight.”