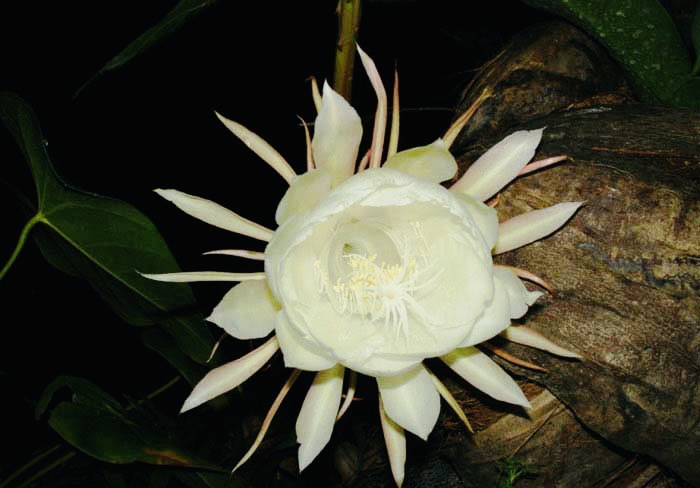 The study of Red Book helps to preserve our flora and fauna. We bring to your attention the top 10 rarest trees and flowers.

It is grown in many countries, but its true homeland is in Sri Lanka. It is quite unpretentious, but it is considered one of the most exotic plants, and all because it blooms very rarely, and, most interestingly, it dies immediately after flowering. According to legend, when Kadupul blooms, Nagas descend to Earth to give a flower to the Buddha.

Located in the desert of Bahrain far from any vegetation and water. Scientists still cannot say with accuracy how this tree could live for more than 400 years without a single drop of moisture and at the same time not lose its greenery.

Methuselah pine is one of the rarest and oldest plants on Earth. Its age is about 4850 years. The birthplace of pine is the USA, more precisely, the White Mountains. The exact location is known only to those scientists who have been observing the tree for a long period. This information is not disclosed, as there is a possibility of destruction of a single copy by people. If you look at the photo, you might think that the tree has already died, but in reality it lives.

This name has a rare flower, whose homeland is the Canary Islands. It looks like, as you might guess, the beak of a parrot. There is a theory according to which this flower has long disappeared from the face of the earth, but optimists and botanists think otherwise.

Jade vine is a favorite delicacy of bats. The uniqueness of the plant is in its original flowers, which have a red-green hue and are shaped like a fingernail. The flower is on the verge of extinction due to cutting down its permanent habitat.

Gibraltar Smolevka – grows on the rocks of Gibraltar. Until 1994, it was considered extinct, until climbers accidentally stumbled upon it. Today, the plant is grown artificially in the Gibraltar Botanical Gardens and London’s Royal Botanic Gardens.

There are only two copies of this flower in the world. One of them is in the garden of the United Kingdom of Britain. It looks very much like a scarlet rose.

A flower that many consider not so beautiful, but rather, even terrible. Its name completely coincides with its appearance: it feels like a bat is sitting on it, ready to take off. And to the touch, frankly, not very pleasant. Even more impressive are the “tentacles” that grow directly from the flower.

Edelweiss is a beautiful and very rare flower that can be found in Switzerland, high in the mountains at the very snowy edge. Far from everyone is given to see him: according to legend, he is only those who carry true love in their hearts.

Puya Raymonda is the rarest and most unusual plant. It lives for 150 years, gains strength, and then dies in a few days, but only after it blooms. Puya grows in the Andes Mountains in Peru and Bolivia. It is often destroyed by fires and man, therefore it is considered an endangered species.