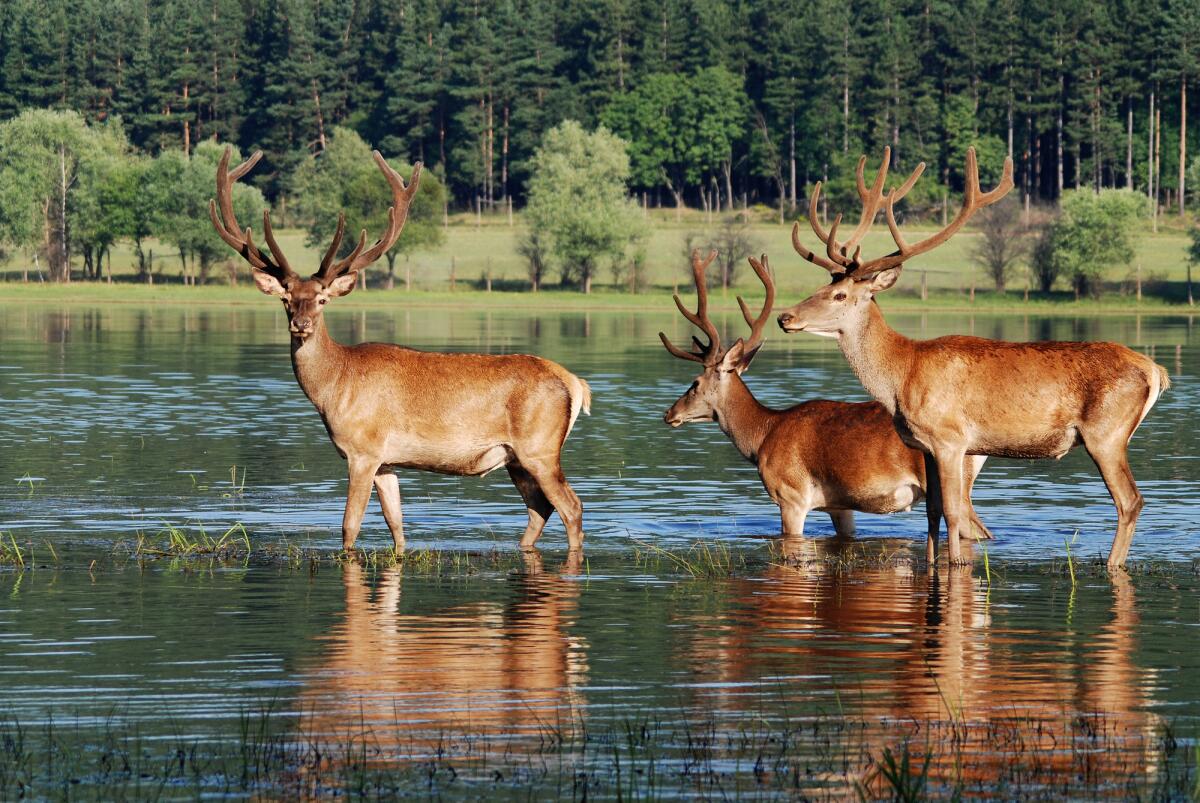 Elephants eat a lot, about 270 liters a day plus 230 liters of water, and also poop a lot. The amount of manure that an elephant dumps every day is an impressive 90-100 kg, about the same as a newborn baby elephant weighs.

2. Woodpeckers have a damper

A woodpecker knocking on a tree with all his might should die from a concussion, but this does not happen. According to research conducted in 2006 and marked by the Ig Nobel Prize, the woodpecker has a powerful damper between its beak and skull, which distributes and softens the force of impact, which is transmitted to the head.

3. Some mollusks can change sex

Each mollusk will be born male. To combat this, nature has provided a mechanism for changing sex from male to female. However, before changing sex – this is a serious restructuring, the mollusk must “think” well – this procedure is irreversible.

4. Half of all orangutans have fractures

Orangutans jumping from tree to tree are very graceful, but not always. At least a few times in their lives, orangutans are seriously injured. This proves the simple fact that 50 percent of all orangutans have fractures in their body.

5. Howl of the Wolf does not create an echo

Wolves hunt in packs, so communication is very important for a successful outcome. When wolves hunt in mountainous areas, echoes can interfere with them, distorting the real location of other hunters.To combat this, wolves howl at a frequency that doesn’t create echoes and this helps them communicate while hunting.

Many will be surprised to learn that deer kill more people a year than snakes, spiders and bears. After all, these are such kind and harmless animals in appearance. The deaths are due to the collision of cars with deer on forest roads, in which more people die than from snake bites. Deer at night often stand right on the road, and sometimes jump out in front of the car on the road, following their business. Collisions are terrible – the mass of an adult deer is 120 kg.

Frogs do not have a gag reflex, which is inherent in most organisms, but frogs still have something similar for clearing the stomach. When the frog needs to clear the stomach of food, it spits out the entire contents of the stomach up, and then abruptly swallows everything back and swallows again.

When the lion gets “good” nothing can stand in the way. During the mating season, the male lion mates every 15 minutes for two consecutive weeks. This is approximately 672 times. Although this fact is worthy of attention, one should not forget that such mating seasons for a lioness occur once every two years.

9. A cockroach without a head can live for nine days

Most people are familiar with the concept, cockroaches in the home are a nasty pest. Anyone who has lived with cockroaches knows how resistant they are to all kinds of means of dealing with them. Also, cockroaches multiply at a tremendous rate. A cockroach can live up to nine days without a head because their brains are deep inside their bodies. Headless insects continue to mate with other representatives until they starve to death.

10. Cows are more deadly than sharks

For most people, the image of the great white shark inspires fear.

The combination of popular movies and pervasive media about shark attacks has created an image of jagged killing machines.

In fact, the danger is overestimated, about 10 people die from sharks a year. In contrast, ten times more likely to die under the feet of clumsy cows, who trample to death about 100 people every year.