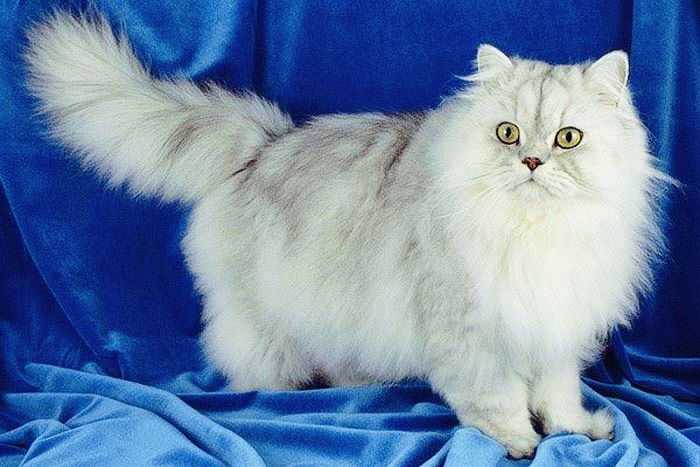 We all know that a dog is an unconditional friend of man. However, a stubborn, wayward cat is chosen as a pet just as often. Why is this happening? How do the owners decide to exchange the opportunity to get a true friend for the opportunity to stroke a wayward kitty and, perhaps, hear a purr in response? This question will remain rhetorical, since the cat has a lot of features that stubbornly attract potential owners. Surprisingly, for this very purring and unpredictable nature, many people are willing to pay a very tidy sum.

Our list is opened by everyone’s favorite and long-familiar Persians. These flattened faces touch even the most strict representatives of the human race. You will be surprised, because Persian cats are by no means rare, and for the most part not the most expensive pleasure. However, do not rush to draw conclusions. The popularity of the breed does not bring down the prices of representatives of the breed that were born from the winners of competitions and exhibitions. You can shell out about $5,000 for a champion kitten.

Next, we will see not so common cats. They will each take their own position on the right of rarity and peculiarity. The Maine Coon is the largest naturally bred cat. Fluffy affectionate giant with wonderful tassels on the ears. Mobile, inquisitive kitty, and who said that a dog is better? 2000 dollars – ready to make such a friend?

You are not satisfied with ordinary pets? Do you want a tiger? You are welcome! Toyger is a miniature tiger. The color matches, the figure too. A fairly young breed of the cat family. Only 2500 dollars and your tiger cub!

Perhaps the most extraordinary cat of all possible. In the case of the acquisition of such an animal, the most pleasant thing – “to stroke the soft fur” – is canceled. And not because the animal is aggressive, by no means. The sphinx simply does not have this very wool. The completely bald creature is very friendly and, oddly enough, not picky. Although, probably, letting the cat out in the winter is still not worth it. 3000 dollars – and the bald miracle belongs to you!

This name defines two representatives of the cat family at once. The first is wild, the subfamily is a small cat (according to the parameters of a wild animal), it is also called the Asian leopard. However, the Americans crossed this beauty with large domestic breeds and also got a Bengal, but already domesticated. It is believed that the first few generations from crossing are rather quick-tempered, but this does not mean that individual kittens cannot become wonderful household members. For a domestic leopard, you will have to pay about five thousand dollars.

I don’t know about you, dear readers, but for me this name sounds like music. Subjective, but true. This cat is the embodiment of all the brightest cat habits. It is also called swamp lynx or house. Large, graceful, silent, has a large nose. This breed is originally wild, it was not bred by anyone, but it is on our list because the reed cat is an animal that is easily domesticated. And if a kitten was born already in the conditions of life with a person, and not even in the first generation, then only size will distinguish it from a domestic one. It is for such cats that they pay up to 10 thousand dollars, or even more.

We were just talking about the Jungle Cat. Whatever one may say, this animal is wild. Not everyone dares to get such a dangerous little animal, but professional breeders have come up with a way out. They took a domestic house, accustomed him to life with a man, and then crossed this wild miracle with one of the largest domestic representatives – an Abyssinian cat. The most expensive are kittens in the first generation, they are marked as F1. Subsequent offspring, the farther, the cheaper. However, F1 will have to pay at least tens of thousands of US dollars.

We have already seen domestic tigers, we also saw a lynx, but there was no cheetah yet! It will cost 12 thousand dollars, but this is a cheetah! Just think, his small and domesticated relative, these are already trifles! Let’s not forget about the caracal, the natural representative of the family is simply extraordinarily beautiful! Oh those tassel ears! Stunning gray eyes! And what color!

Savannah is undeniably the most unusual and most expensive domestic cat. Seeing her once is enough to fall in love irrevocably. Majestic, graceful, beautiful …. Savannah itself is not cheap in principle, but the most expensive are F1, the first generation of kittens obtained from crossing a serval and, most often, an Abyssinian cat, which, however, is not important. For Savannah in the first generation, the owner will have to pay 20-25 thousand dollars in advance. Cats of this breed are the largest cats in the world.

At the top of our expensive cat parade are cats that… never existed! And yes enterprising citizens have played on people’s passion for the extraordinary and unique. First, they came up with an unremarkable outwardly, but hypoallergenic (!) Allerka cat. The dream of allergy sufferers never came true, and a lot of lawsuits pushed the creators to another scam. Without thinking twice, they took the Savannah and presented it as the rarest breed – the Asher cat. This beauty cost from 25 thousand dollars. Do you think they didn’t pay? You think too much. The scammers made a lot of money on pussies.