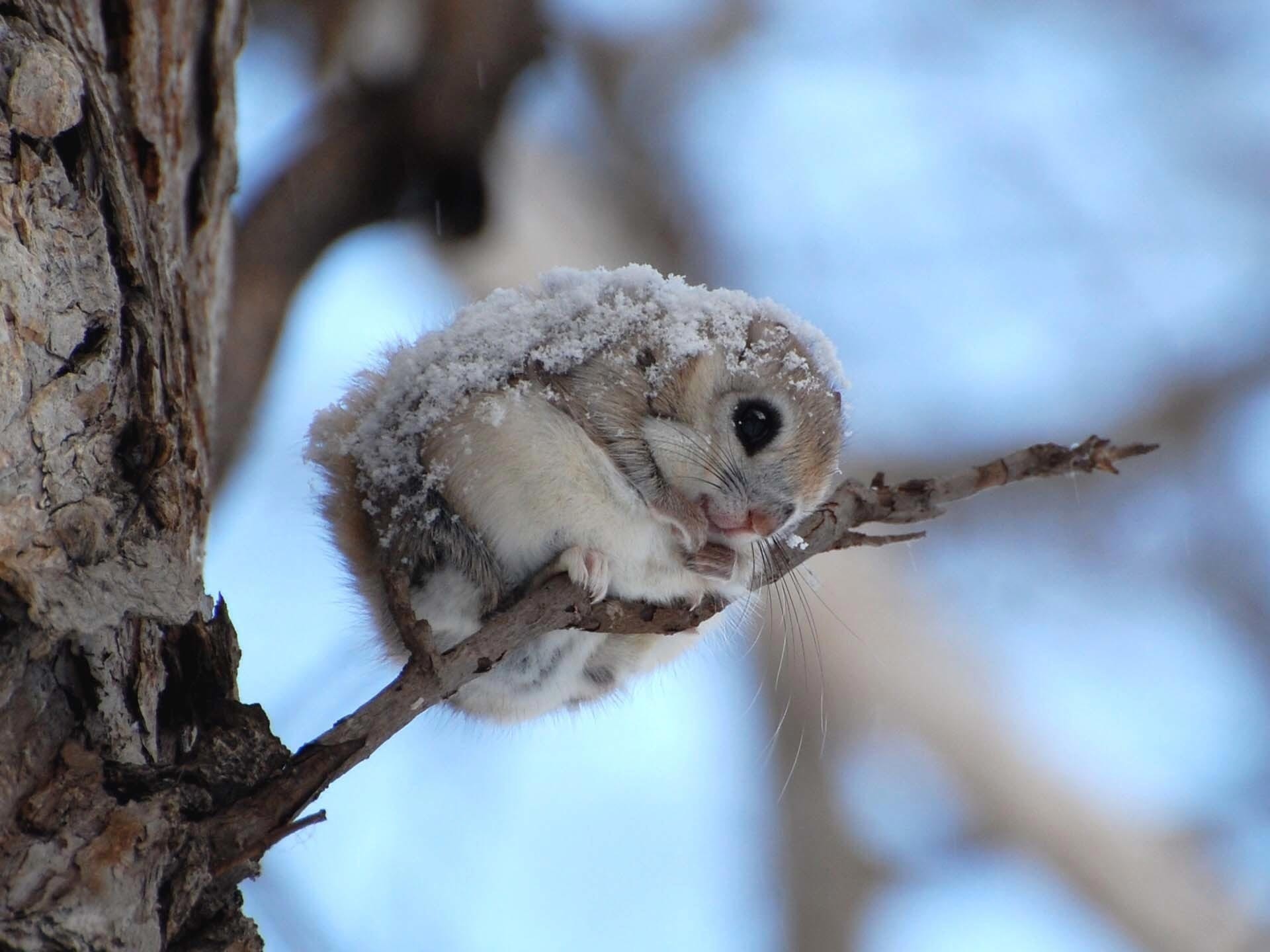 There are many wild animals, looking at which you want to break into a smile from an overabundance of cuteness. Today we will show you eight such cute animals. And then try to say that cats are the cutest animals on this planet.

These little monkeys with unusual faces, unfortunately, are on the stage of extinction. Their population decreased sharply in the second half of the last century, as monkeys were the subject of hunting, and their habitats were the territory of military operations in World War II. To date, there are about 10-15 thousand individuals of this species. The appearance of these monkeys is very unusual due to the special structure of the nose and coat color. They feed on fruits, leaves and young bamboo shoots. You can meet these creatures in the provinces of Vietnam.

Surely everyone has heard of sloths. These animals live in the north of South America and spend most of the day hanging upside down from trees. They sleep for a long time (up to 15 hours a day), eat little, and therefore are in a constant mode of energy conservation. Sloths almost do not descend to the ground, spending their whole lives on a tree, they move very slowly. They have poor eyesight but good hearing. Butterflies, beetles, and algae can settle in their wool.The early species was endangered due to the fact that the locals ate their meat, and made jewelry from claws and skin. Later, this cruelty was stopped, and today sloths quietly continue to exist – mainly to sleep and eat.

A small fox living in Africa. They say that the same Fox that the Little Prince tamed was just a fenech fox. This unusual animal is slightly smaller than a domestic cat, has a strong hearing and sense of smell. Because of the huge ears, any rustle can be heard. They are nocturnal, living in burrows in small communities. They feed on roots, fruits, small vertebrates and carrion. To date, the Fenech population is unknown. They only know that they are killed for the sake of fur and meat. Recently, fenech foxes have often been bought as pets.

A small (large domestic cat-sized) marsupial from Australia. Quokkas are very vulnerable, so they live far from places inhabited by predators. They are herbivorous, move by jumping (just like a kangaroo), are nocturnal. They are classified as vulnerable species, as recently their numbers have begun to decline sharply. Quokkas have become very popular among tourists. Many are in a hurry to take a picture of this smiling animal or take a selfie with it. But in fact, quokkas are constantly smiling not because their life is so happy. It’s much simpler: their facial muscles are often in a relaxed state, which makes it seem as if they are constantly smiling. However, one cannot help but smile at the report, looking at this miracle.

The appearance of these animals is even more tender: small fluffy rodents that look like a tiny squirrel, but also with wings. However, they do not use these “wings” to fly. Between the paws and the body they have skin membranes, thanks to which the flying squirrels can glide. They live in the evergreen forests of Japan, but have also been seen in eastern Russia and parts of Europe. Flying squirrels are nocturnal animals that feed mainly on plant foods. Due to the fact that the skin of these creatures is not very strong, and they themselves are small and easily hidden, momongs are unlikely to become extinct in the next decades. All the better! It would be a pity to lose such cute little animals.

But wombats are a whole family of animals from Australia. These creatures are the largest mammals in the world, they feed on grass, dig holes and surprise hundreds of European residents with their pretty faces. They say that the ancestor of wombats was an animal the size of a rhinoceros. In principle, this may be true, because modern wombats have preserved a special structure of the back of the body, lower lip and long teeth hidden in the mouth. In the wild, wombats have almost no enemies. However, after the wild dog dingo was brought to Australia, they began to hunt animals and interfere with their normal life. As a result, the number of wombats has declined sharply. Today, wombats are very few and endangered. The Queensland wombat is only a little over a hundred left!

… or loris – another family, however, this time it comes from South Africa. These are small primates with huge eyes. They have a soft and fluffy coat, the ears are almost completely hidden under the coat. They are nocturnal, cling to branches with force, moving from tree to tree, and never jump. They mainly feed on insects. Loris are very slow, which is what distinguishes them from most primate species.Today they are under the threat of extinction. People destroy rainforests, thereby depriving the monkeys of their homes. Unfortunately, they cannot survive in other conditions.

You know who is happier than a quokka? Sea otters. These are predatory animals, close to otters, living in coastal places with a lot of algae, moss, kelp. Sea otters spend most of their lives in the water, only occasionally crawling out to bask on the rocks. They lead a solitary life, uniting in pairs only in order to produce offspring. They feed on marine life. By the way, sea otters are quite smart. So, for example, in order to eat a mussel, the animal will scour for a long time in search of a suitable stone, and only after that will start eating: pounding the stone on the sink to get the meat. It lives in the ocean around the Kuril Islands, Alaska and California. Sea otters have been officially protected since the beginning of the 20th century. Before that, they were exterminated, and they paid well for it (more than $1000). Fur coats were made from their fur, because sea otter fur is very warm and of high quality. To date, this craft is not so popular, although fur coats from sea otters are still found.