The most beautiful animals in the world: top 10 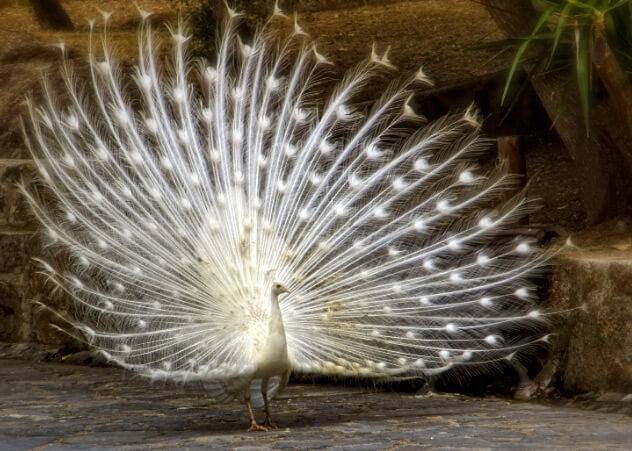 The most beautiful animals make us admire and be touched by them. The top 10 cutest animals included the peacock, the Friesian horse and the panda.

Ara is the most beautiful animal in the world, according to Animalwise experts. Macaws belong to the group of parrots of the New World. They are very popular with poultry hobbyists, great for home keeping as companion birds.

The lion is one of the most beautiful animals in the world. Lions are the tallest and heaviest felines in the world. They are armed with 8 cm fangs. Lions have a well-defined sexual dimorphism – females differ markedly from males.

The swan is a beautiful bird from the family of ducks of the order Anseriformes. These are large birds, their wingspan can reach three meters. The plumage color of swans varies from white to gray to black. The main difference and symbol of the beauty of swans is a long neck.

Peacocks are one of the most beautiful birds in the world. They are a vivid example of the fact that a sense of aesthetics is inherent not only to people. The tail of a male peacock is the most important element of natural selection. Female peacocks prefer males with more bushy tails. Evaluating only the appearance and beauty of a potential groom, they choose a peacock with a lot of eye spots on the tail.

According to Australian Geographic, the most beautiful fish in the world is the mandarin. It stands out for its brilliance: the mandarin has a unique color combination of blue and orange.

The panda is a unique bear species. The main distinguishing feature of the beast is black and white coloring. Because of her, pandas are compared to raccoons and used to be called the spotted bear.

Dolphins are mammals of the cetacean order. These are not only beautiful, but also very smart animals. They are considered one of the most intelligent animals, and their brains work similar to those of humans or monkeys.

The Friesian horse is a Dutch breed, whose birthplace is Friesland. The black color is considered the standard of the Friesian horse. The average height of a horse is 160 cm. Friezes are called graceful and magnificent animals. On the exterior, the horse looks like a small draft horse. Friezes are very maneuverable and agile for their size.

Greta Oto, or glass butterfly, is a type of brush-footed butterfly. The main feature of the insect is transparent wings. Such wings enable the butterfly to camouflage itself in its natural environment without the use of an extensive arsenal of pigments.