Being friends with rescued sloth teaches Beagle to do weird things 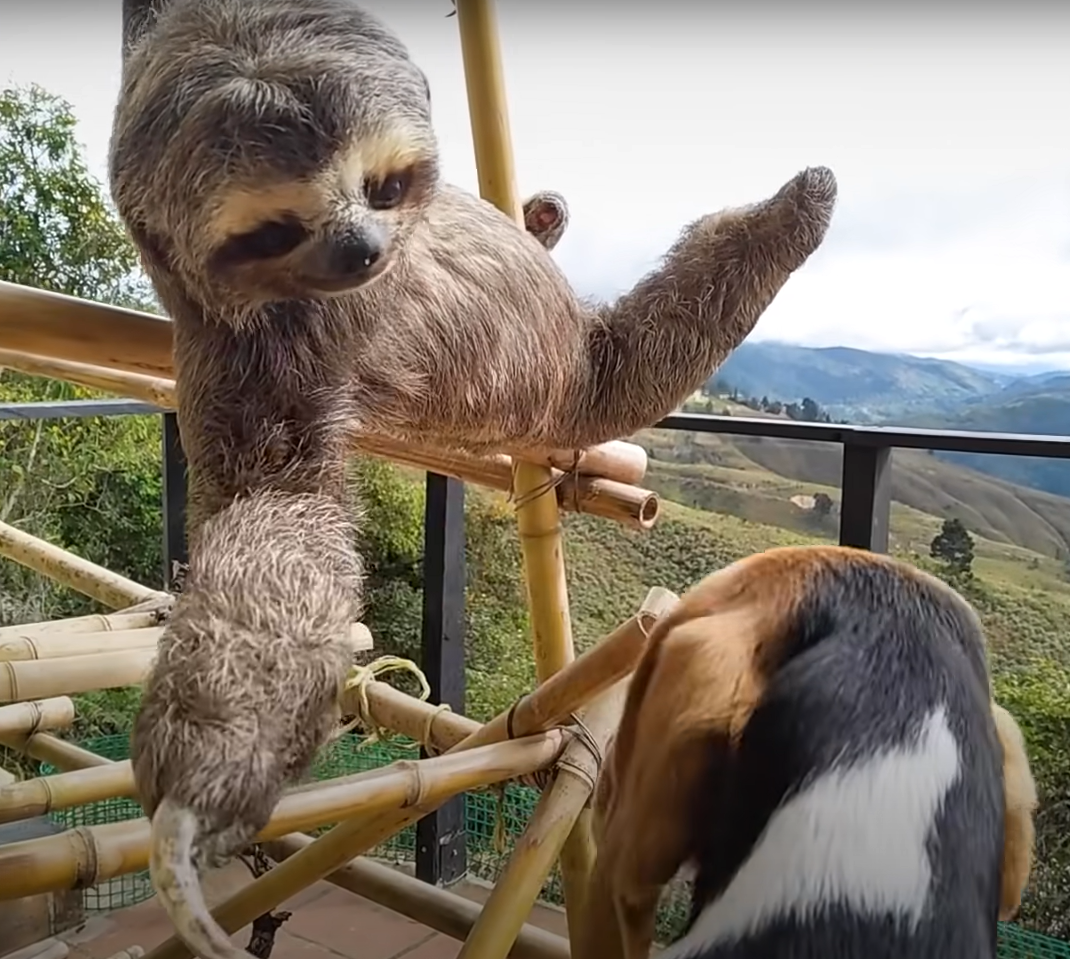 Juan Carlos rescued Chuvi (sloth) after being electrocuted on power lines in Venezuela. He was immediately taken to the animal hospital. The poor animal was completely frightened and had no idea what was going on.

The poor fellow’s hand was badly burned, so the veterinarian treated his wounds and informed the rescuer that the sloth would be able to recover in time. But, unfortunately, it turned out that all his claws on his hind legs and left hand were completely burned out.

Heidi was the one who was given the responsibility of taking care of the sloth. He rested and soon regained his strength. She made sure his burns were clean for him.

Gradually, the sloth began to feel better. Finally, he felt well enough to let the people who care for him come closer. This was when Seven, the beagle, started following Chewie in hopes of gradually becoming the sloth’s new friend.

She continued to remain calm so that the sloth would feel comfortable around her. Seven even tried to find something in common with Chewie. For example, if a sloth ate a plant, Seven would try to imitate him.

The Beagle even tried to show him the joy of playing with toys. Soon, Seven’s perseverance paid off handsomely. Sloth and Beagle became best friends. Chewie was now more relaxed and happy when Seven was by his side.

Chewie’s lack of paws prevented him from freeing himself. Now this duet has become inseparable. Whenever Seven went for a walk, the sloth would snuggle up to the Beagle and greet her dramatically as if they would never meet again. The cutest thing Heidi has ever seen is their interaction.