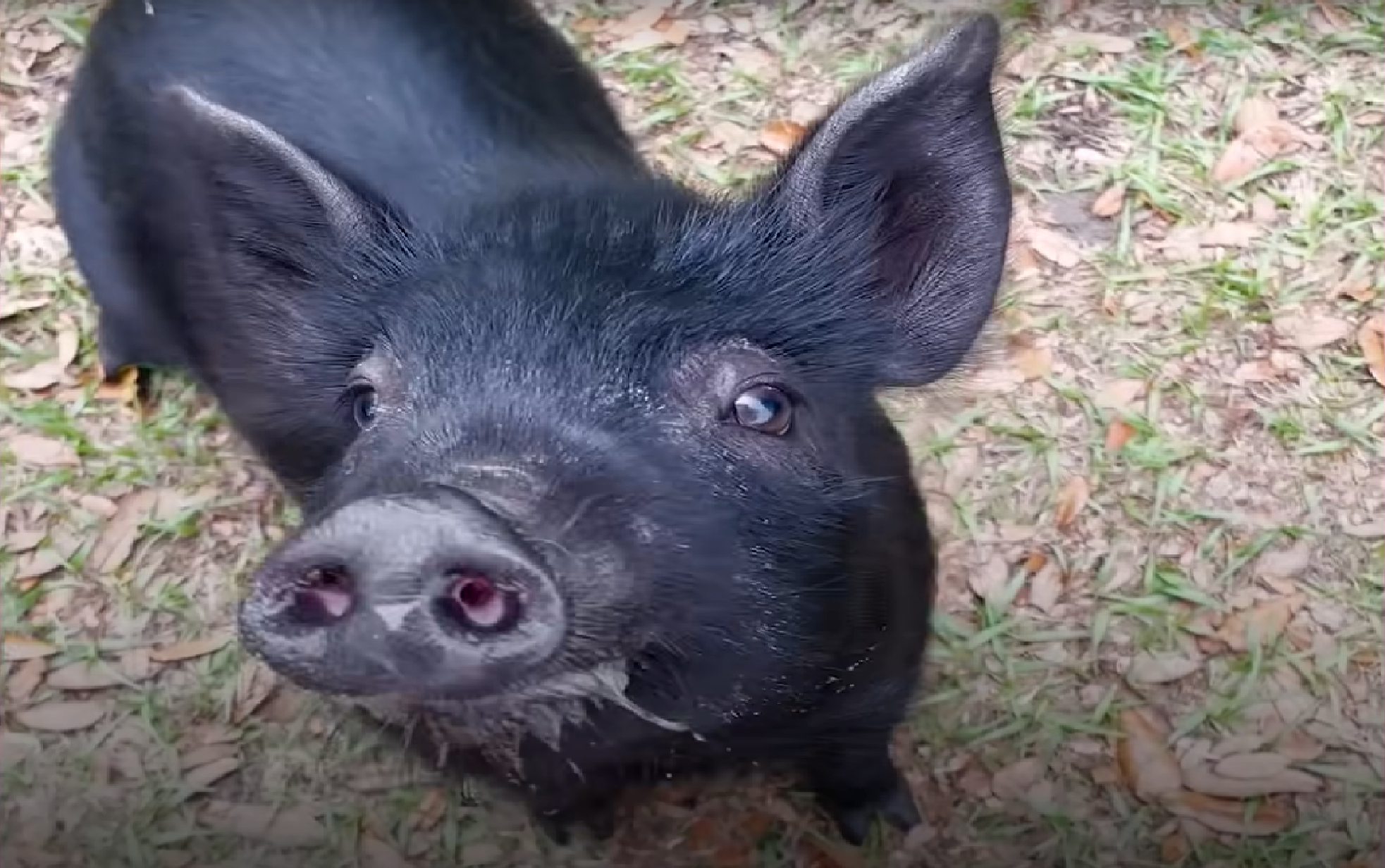 Jenny was an animal lover and already had a dog, cat and horse as pets. When her son was playing outside, one day he noticed a tiny black pig. Unfortunately, there was a thunderstorm the night before she was found, so the little pig (later named Pepper) was shivering and cold.

When Jenny’s son saw that the baby was all alone, and there were no signs of the presence of other brothers, sisters or mothers, he knew that she needed to be accepted. The first few weeks Pepper was quite dramatic.

For the first couple of weeks, she followed Jenny and her son everywhere and made the loudest noises on them, as if talking to her mother. Pepper really thought that Trout, the family’s pet dog, was her brother or sister. She wanted to do everything he did.

One night, when Jenny walked out the door, she couldn’t find Pepper and Trout anywhere. Then she noticed them in the distance. The little pig was right behind the dog and followed Trout everywhere.

Jenny found it very endearing that the two of them went on this adventure independently. However, she was glad that they returned and were able to find them. From that moment on, Pepper and Trout formed a bond of sorts. They were always together.

The trout welcoming Pepper to the family was so good for the piglet. Trout was a small dog and about her size. Jenny thought that was why Pepper wasn’t afraid of him.

They became best friends and knew each other well. Jenny was so happy that their family was able to take Pepper in and raise her. The piglet was a great addition to her family. She made everyone smile.