Why Cat-mom creates challenges for her 7 playful kittens? 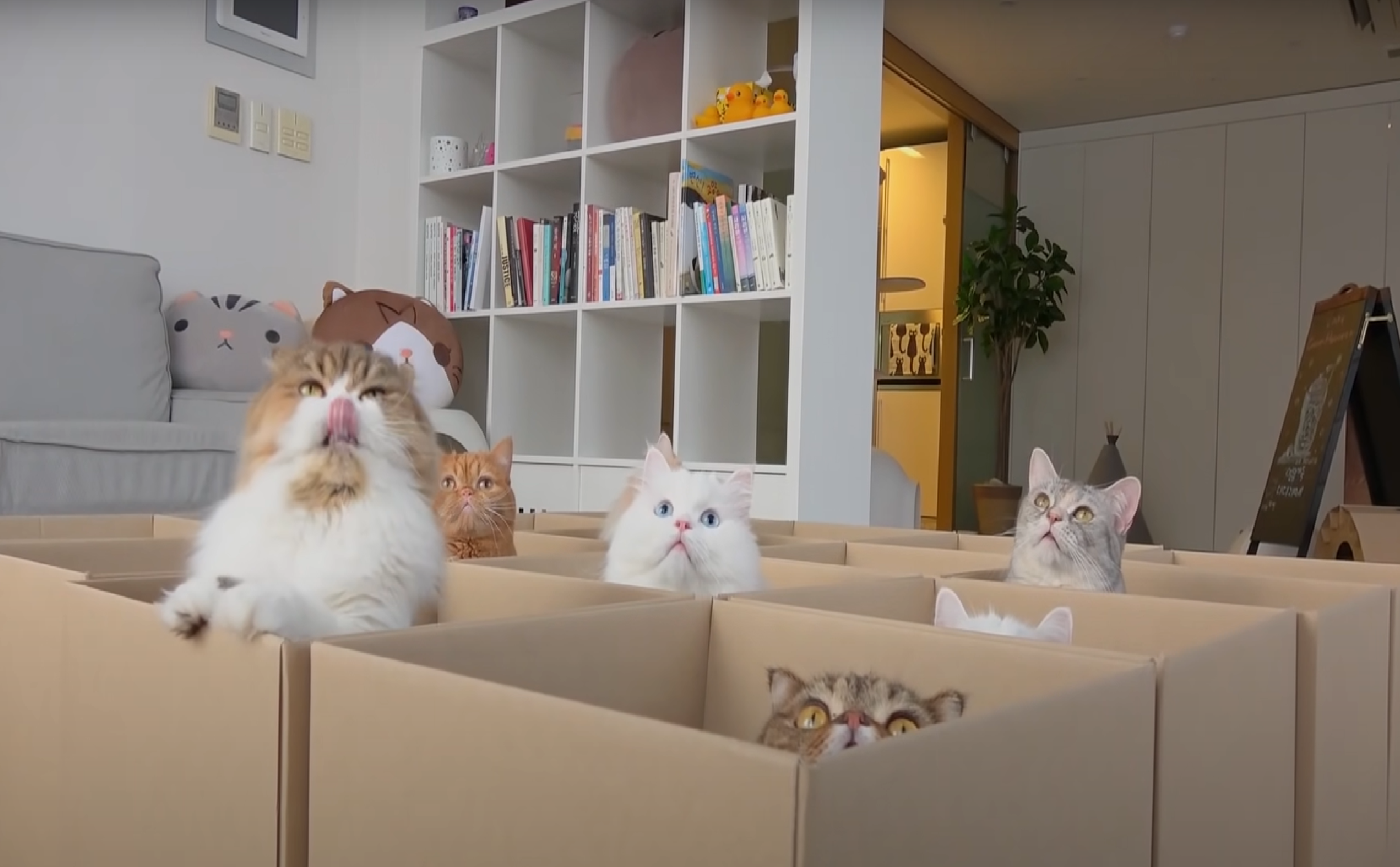 Claire recently decided to create a unique challenge just for her seven kittens. She collected pieces of cardboard with duct tape and made a box for the little kittens to play in.

LuLu, Claire’s cat (a Scottish Fold/British Shorthair hybrid), decided to explore the new boxes. He jumped curiously from one container to another and pretended to be looking for something.

Momo, a ginger cat and the oldest of all cats in appearance, followed the other cats and decided to jump on a cardboard box kept separately. Soon Claire began to play with her cats. She played with a cat wand and distracted the kittens.

DD, who was playing alone, decided to come out of the cardboard box. However, the attempt turned out to be a disaster, as the clumsy cat fell along with the box. Claire taught the kittens to move their heads at the same time. It made them look funny.

The old cat rule was: “If it fits, I sit down.” These cute kittens prove that theory. Cats jumping in and out of boxes and playing with their owner show how ready they are for the challenge.