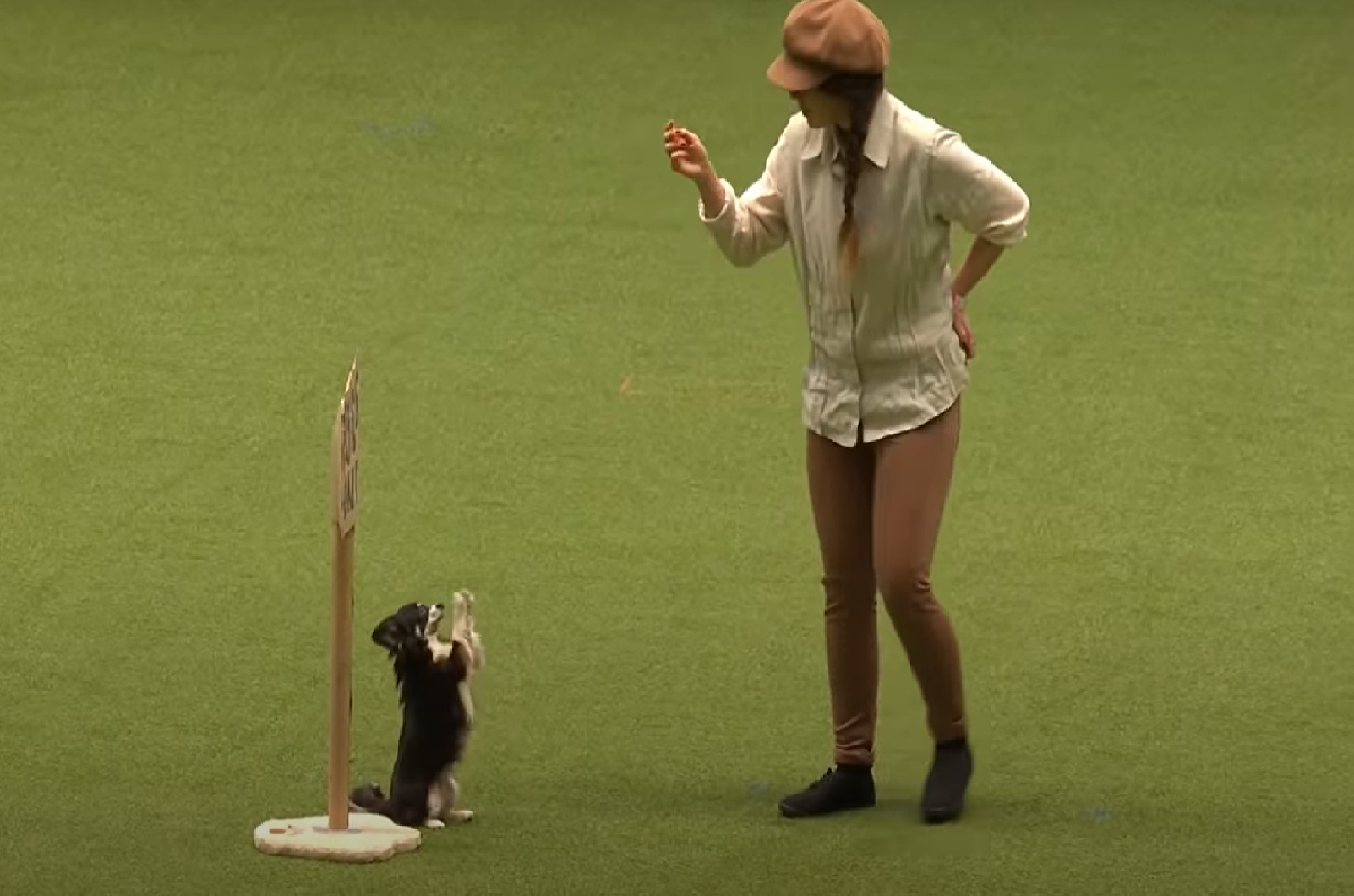 The most popular dog show in UK is Crufts. It’s organized by The Kennel Club. There are many activities where dogs big and small can compete with each other. Chihuahua named Sophie and his owner Jenny Witt participating in freestyle competitions that chihuahuas usually don’t compete in. An adorable black and white puppy is nervous while the owner leads her.

Sophie start doing some worm-up moves. The little dog is a bit shy and Jenny seems insecure. When routine music starts playing, both owner and dog feel more at ease. With mocking irony, Sophie dances to the number “Little People” from the famous musical “Les Misérables”. In this song talks about how people tend to discount children because of their size.

Sophie’s petite physique is a perfect example of why she is usually underestimated. But, Sophie and Jenny show the judges that Sophie is here to compete big.

Sophie doing back flips and charming jumps keep the audience captivated. She walks on Jenny’s feet, and the two of them are a spectacle amazing thing that the public was not meant to witness.