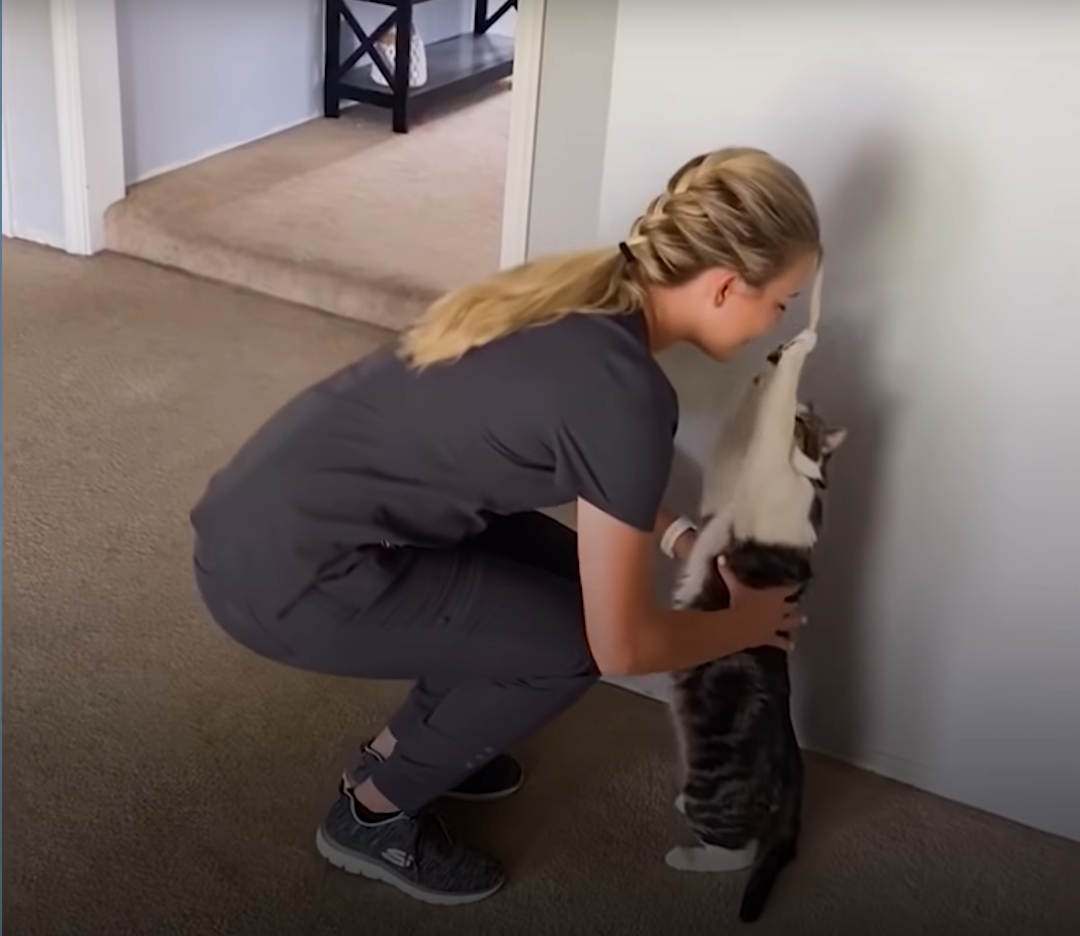 Every pet in this world loves to be lovely be closer with his owner. One unique cat named Flash shoes his love and devotion to his owner in a different way.

Every morning when Lauren cat owner went to pick him up, Flash raising his paws to reach out to his owner and do it like a human baby. At first Lauren thought that it was just a cute step of her cat.

But Flash do it every single morning when he sees Lauren. If Lauren was not there for a while, he raised his paw for a long time and jumped in the arms of his mistress.

The Flash never had a problem with being small and having a lot of energy. He loved his brothers and sisters and they were like family to him. He liked being around them and playing with them.

The Flash followed Lauren everywhere and was very welcoming when she got home. Growing up, Flash got used to the house and behaved like a lazy pet. However, he would have gone berserk if he had been left out.

For example, if Lauren was watering the plants in her garden, Flash was sitting at the door and wanted her to come back to his house. He always wandered around the house and wanted to participate in everything that his owners did.

To Lauren and her husband, he was more than just a cat. The Flash has added to their beautiful family. Even the dog siblings were completely protective of the cat due to its loving nature.