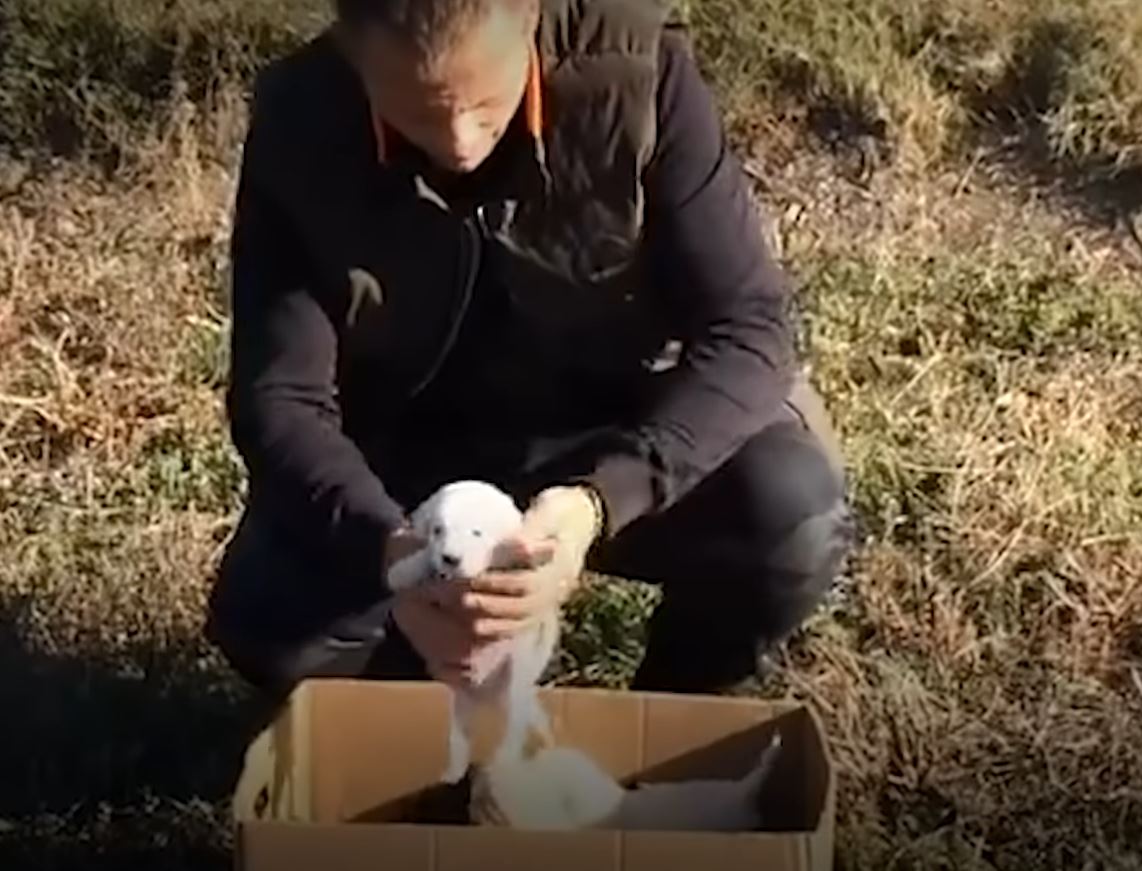 A rescue worker at a dog shelter in Mladenovac, Serbia found a box of seven puppies. The puppies were abandoned near the animal shelter. All puppies were 5 weeks old. The rescuer picked up each puppy and examined them to see if any of them were hurt.

He took care not to harm the puppies when he took them for examination. Finally, after making sure that all seven puppies were healthy and safe, he took the box and took it to a loving foster home.

The foster parents also made sure that the puppies were given a friendly and warm environment. The puppies were very curious. They immediately began to survey the area. In the process, some of them also knocked over each other.

They were also given stuffed toys to play with, including a plush dinosaur, a small ball, etc. After a few days, they showed their fiery temperament to their foster parents. They were happy with their new place.

Soon it was time for them to go to their eternal homes. Fortunately, they all found loving families very quickly. Although their first experience after birth was terrible, several caring people made sure that each of them had a loving and caring family.