The world’s cutest pit bull becomes the best father to a saved kitten. 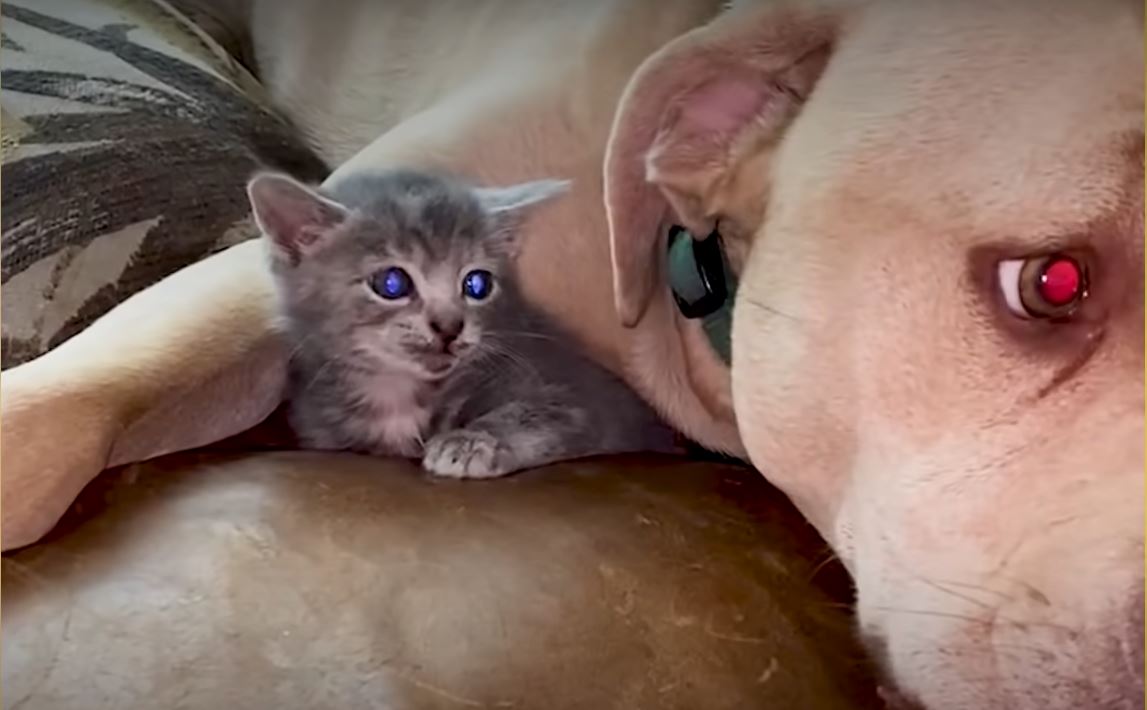 Dora the cat was initially mistaken for a mole when Jon and Christy found her outside on their lawn, but when he saw her stir, he recognized she was an abandoned kitten.

As the sun fell and the night grew colder, they realized they couldn’t leave her outside on her alone and carried her inside while they waited for her mother to return.

They started Dora on the road to recovery after seeing the veterinarian. They introduced her to the canine members of her adopted family after she was able to walk once again.

While all the dogs got along well with young Dora, it soon became apparent that one of them had a particularly strong bond. Brody, their Pit Bull, warmed up to the tiny animal right away.

Brody began kissing and cuddling Dora as soon as they met, and while they played, he was kind and patient with her.

The thought of Dora’s origins persisted in Jon’s mind as she solidified her position in his household. He learned from others that certain cats would leave their droppings in trees, and when he went outside to check their oak, he discovered a nest there waiting for him.

They still feel the same way for the kitten even after learning where little Dora came from. None of them, especially their dog Brody, can envision living without her because she has become an essential part of their family.