175-pound tortoise has his own personal spa 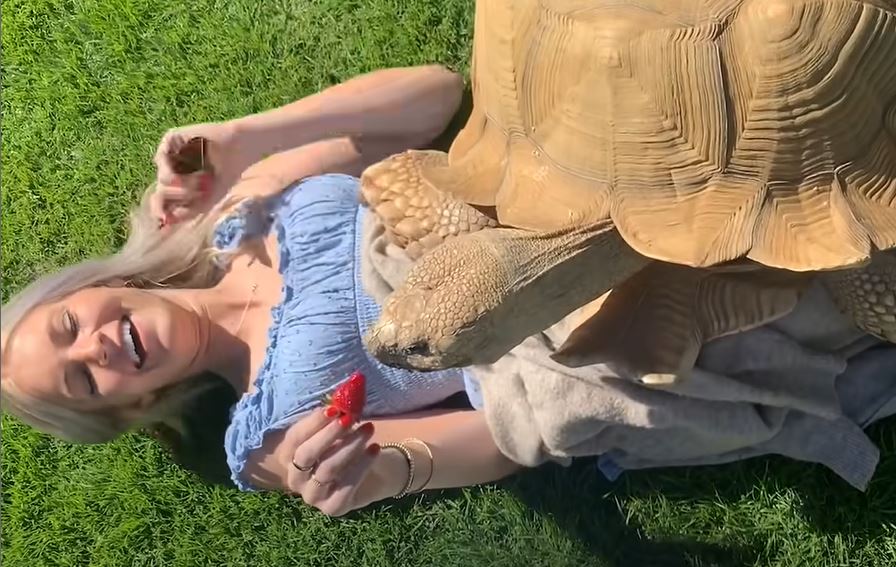 People with dogs and cats as their pets are a common sight. In addition, some have squirrels and iguanas as their pets. However, very few actually have a giant tortoise at home.

Caitlin decided to put a tortoise at the top of her wish list when she was 7 years old. So when she opened her presents, she found a tiny tortoise in one of the boxes. She named him Tiptoe and wanted him to be a part of everything.

Caitlin would often take Tiptoe out for a walk around the block. Many elderly residents in the neighborhood always waited outside Caitlin’s house for Tiptoe to come out. They would often bring something or the other for Tiptoe to eat, proving their love for the animal.

When Caitlin’s parents brought Tiptoe, they had no idea that he would grow up to live for around 80 to 120 years. Many people never took proper care of their pet tortoises. However, this wasn’t the case with Tiptoe. He was always treated as the king of the house.

Caitlin’s family had to revamp their backyard to fit Tiptoe’s requirements. So they filled his pool with all sorts of yummy fruits and flowers for the tortoise to receive a royal treatment. It was like Tiptoe’s personal spa.

Tiptoe also acted stubborn at times. There were days when he refused to walk back, forcing him to be carried back. In addition, he would often push his body up against the house and, in the process, he removed an entire layer of stucco.

Recently, the family celebrated his 19th birthday. Although he was 19 years old, Tiptoe was still considered a baby. Caitlin always felt spending time with Tiptoe was special since she had him for most of her life.