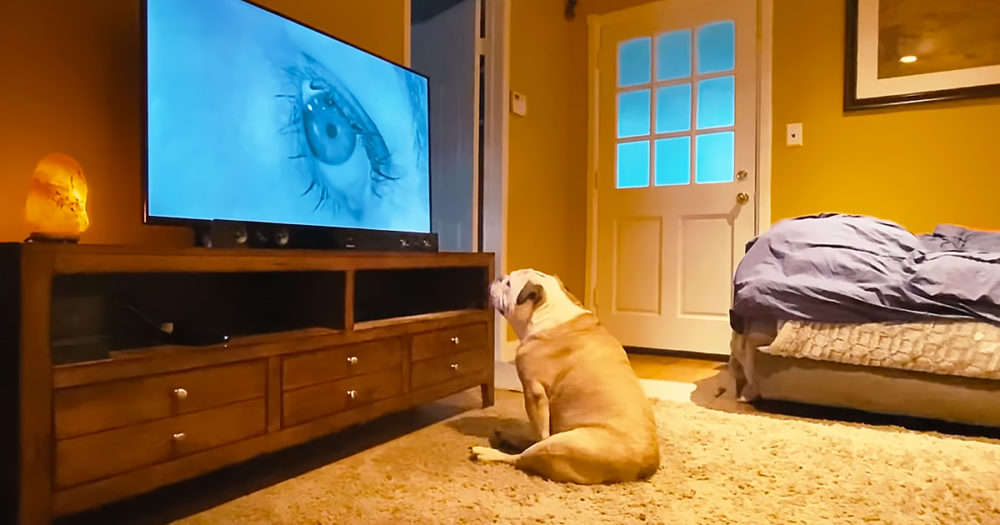 Dogs have always been brilliant, intuitive, and interconnected with human emotion. So much so that they can sens change in human emotion and then react accordingly.

Nothing triggers certain human emotions like horror films, especially classics like Psycho. For sweet Bulldog Khaleesi, her reaction to the notorious shower scene in this movie is downright hysterical.

Sitting just inches away from the T.V. screen, Khaleesi is completely locked into this scene—even looking back at her parents when she senses something is about to happen in the film.

Right as the killer strikes and the infamous ‘Psycho’ music begins to play, Khaleesi springs into action. Raised up and barked at the T.V. as if she could save the helpless lady who was being attacked.

This is a true testament to the protective nature of dogs. Even a horrific scene from a movie is enough to trigger their natural instincts to save and defend the victim.

Although Khaleesi couldn’t do anything to change the outcome of this scene, she certainly gave it her best. Sitting back down after the scene is over, she continues to watch the movie in awe.

Since being named after a great character in Game of Thrones, it’s no surprise that Khaleesi displayed this dramatic reaction. Khaleesi has demonstrated her unique protective nature with how she handled this situation.