Man finds his dog’s best friend at shelter; Reunites them by adopting him 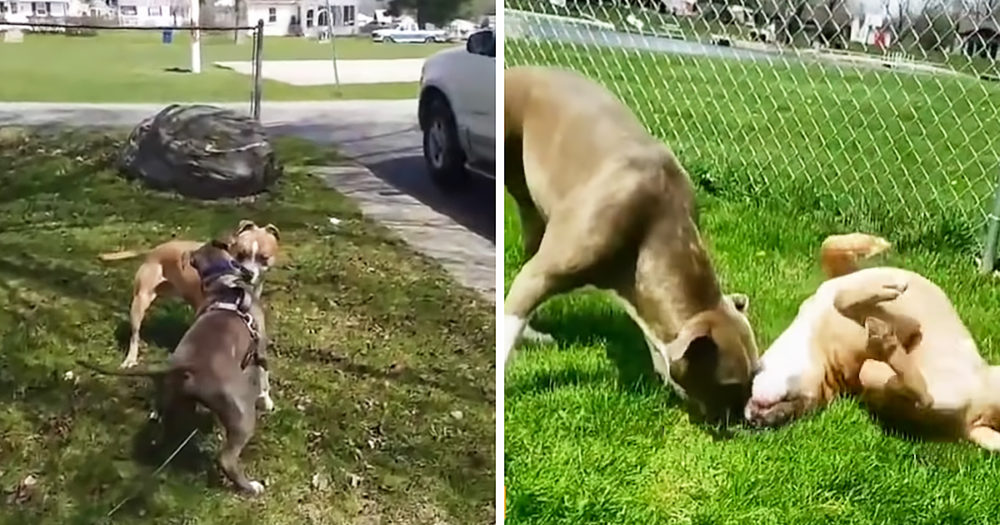 Derrick Schmidt & his fiancé had got their dog, Dexter, when he was just 6 months old. The couple had always wanted a dog and looked at pictures of dogs on a shelter website when they found him.

When they went to the shelter, Dexter leaned up against Derrick in the cage and looked at him. Derrick looked at his fiancé and told her that they were adopting him. Doakes, a neighborhood dog, joined the family six months after Dexter.

The neighborhood dog would just roam around and play with Dexter in the yard. Derrick was hesitant about Doakes at first, but when the two dogs met for the first time, both of them immediately started to play.They acted as if they were long-lost brothers. Doakes would always be there when Derrick would do yard work. He would come over and see them. He roamed around the neighborhood without a collar.

Once Derrick found animal control looking for stray dogs, he immediately hid Doakes in his garage. He later even found the dog’s owner and told them to always keep his collar on him so that he is not taken away. But unfortunately, the dog was soon taken away by the animal control one day, as he was roaming around the neighborhood without a collar.

Derrick could not let him go. He was determined to find Doakes. Derrick called all the shelters and went to see him even if they told him Doakes was not there. In the end, he found him at one of the shelters.

Derrick adopted Doakes and brought him home. He kept him hidden from his previous negligent parents and always took him out on a leash. Soon, he put his house on sale and moved to the countryside, where they had a fenced yard. The two dogs live there together with their loving family.