What You Never Noticed About Matthew Perry’s Finger On Friends 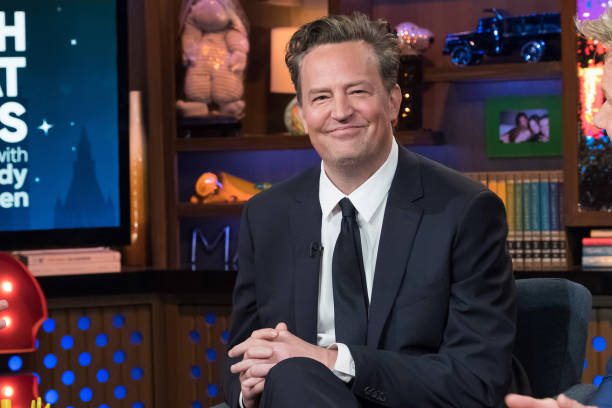 “Friends” fans know that Matthew Perry’s character, Chandler Bing, was involved in a freak accident back in the day that resulted in him losing part of his right pinkie toe. In the 1998 episode “The One With All the Thanksgivings,” the Central Perk gang recalled their worst memories of Turkey Day, and Chandler had a doozy of a bad one that had nothing to do with his distaste for “Thanksgiving food.” While the toe incident wasn’t mentioned again on the NBC sitcom, it may not have been some random storyline. According to a Reddit thread, the story of Chandler losing his toe was inspired by a real-life freak accident that Perry was involved in as a child.

Chandler lost his toe in a jarring holiday injury. A flashback to a decade prior showed Chandler’s future wife Monica (Courteney Cox) attempting to seduce him in her parents’ kitchen as part of a revenge scheme and inadvertently dropping a knife on his pinkie toe. After Chandler was rushed to the hospital, it was discovered that his toe couldn’t be reattached because Monica picked up a baby carrot off the kitchen floor instead of his missing body part. Monica later attempted to downplay the injury by telling Chandler he didn’t lose his whole toe, but he replied, “Yeah, well, I miss the tip! It’s the best part. It has the nail.” The incident also prompted Monica’s brother Ross (David Schwimmer) to nickname Chandler “Sir Limps-A-Lot.” Ouch!

Even viewers who have seen every episode of “Friends” might be hard-pressed to notice anything unusual about Matthew Perry’s middle finger. But a zoom-in on old clips of the Emmy-winning sitcom shows that Perry’s right middle finger is noticeably shorter than his index finger and ring finger. That’s because Perry lost the tip of his right middle finger after it was slammed into a door when he was a kid, according to The Mirror. The disastrous door incident took place when Perry was just three years old and in nursery school in Canada. Buzzfeed noted that the door that permanently injured Perry was the door of a car.

Perry didn’t actually hide his missing fingertip while filming “Friends.” It can be seen in multiple scenes throughout the show’s 10-year-run – most notably in a season 2 episode in which Chandler grabs the shoulder of his crazy roommate Eddie Menuek (Adam Goldberg) — but it was never part of a storyline, unless you count it as the inspo for the “worst Thanksgivings” episode. On Twitter, one fan questioned why “Friends” writers came up with the storyline that Monica dropped a knife on Chandler’s toe and caused him to lose the tip of it when Perry was already missing the tip of his middle finger. “Seems like reality was trying to help the writers out with that one…” the viewer wrote. The injury is so difficult to notice, however, that even “Friends” superfans might have missed it.