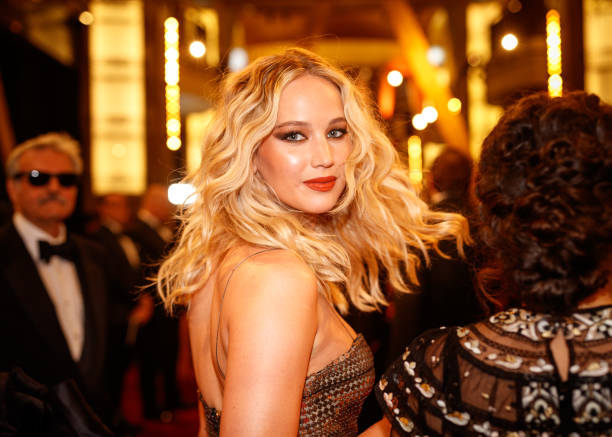 Jennifer Shrader Lawrence is an American Actress who was the highest-paid actress in the world in 2015 and 2016. Jennifer has a single ink on her body which she regrets too. She got it as her friendly pact with her Hunger Games co-stars when they all decided to get some ink done. However, the tattoo is hardly noticeable because it is of light pink color, which she described as the color of a “scar”. Let us try to discover the conspiracy behind her first and only tattoo.

The American actress Jennifer Lawrence has a tattoo that reads, “H2O” located on the back of her right hand justnear her right thumb. The decision to get this ink done was a very abrupt one when suddenly all the actors of Hunger Games went on to get a tattoo.

“I have ‘I’m stupid’ tattooed on my hand permanently,” she joked, “because it’s H-squared! I didn’t go to school. I’m an uneducated idiot.”

“We were, like, together after The Hunger Games and Josh was gonna come and meet up and then everybody was getting tattoos and so I was like, ‘I don’t wanna get a tattoo’, so I got one the colour of a scar and I got it on wrong and then Liam bailed and didn’t get a tattoo, and Josh never got one either.”

Meaning: Jennifer Lawrence’s hand tattoo is a tribute to the fact that she will always need water to survive. She also thinks it may serve as a constant reminder for her to drink more water. She told reporters that her thought process went something like,

“And I was, like, well, I’m always going to need to be hydrated, so I guess I should just get H2O on my hand…”