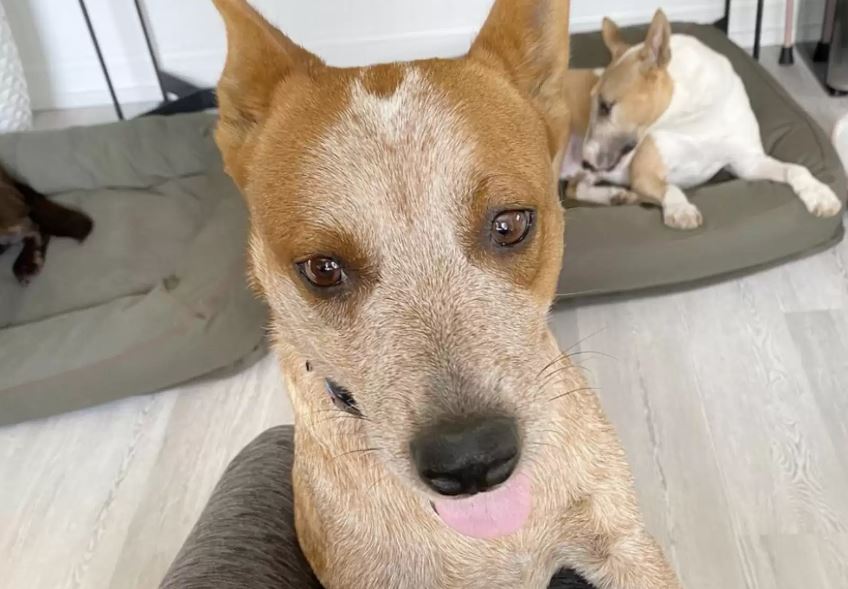 Leilani Wong was on a road trip with her husband and dog when they stopped at a gas station in Stockton, California.

While waiting for her husband to fill up the tank, Wong noticed a smiley little dog sniffing around her car.

It was 105 degrees outside, and the dog was panting. Wong began asking people in the area if the dog belonged to anyone, but it turned out that the gas station was a popular dumping spot for unwanted animals.

The dog refused to stop following Wong, so she gave the pup food and water. The dog seemed so grateful for the small act of kindness that it was clear that she was either severely neglected or homeless.

Wong and her husband named the dog Kaia and decided to bring her along on their road trip until they could find a shelter that would take her.
Wong brought her to the vet for a full workup and started vaccinations, preparing her to be adopted. But Kaia was getting along with Wong’s other dogs so well that they couldn’t stand to give her up.

Months later, Kaia still doesn’t understand how to play with toys or what to do when offered a bone or treat. But she’s opening up more and more each day, showing her mom what a loving and energetic dog she can be.