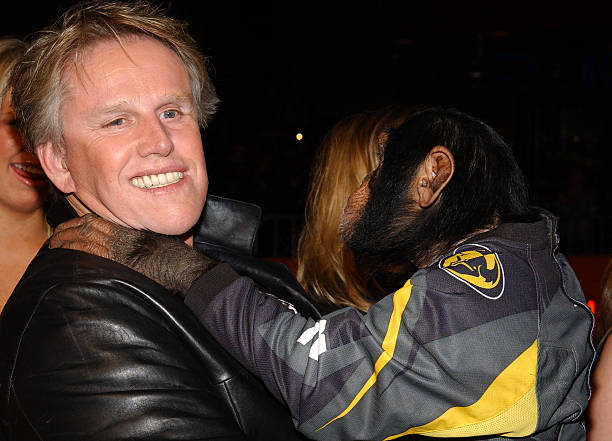 Gary Busey once refused to perform a scene set in heaven because he said the set design looked nothing like the real heaven he visited during a near-death experience.
A little backstory: The Academy Award–nominated star of 1978’s The Buddy Holly Story crashed his motorcycle in 1988 while not wearing a helmet. He hit his head on the curb, punching a half-dollar-sized hole into the side of his head, and only survived because he was lucky enough to land at the feet of a police officer who raced him to the hospital. Doctors later told Busey that if he’d arrived even three minutes later, he would have died.

Still, he suffered a traumatic brain injury and spent over four weeks in a coma. It was during this time that Busey believes he entered a spiritual realm and visited heaven.

Fifteen years later, Busey arrived on the set of Quigley — a box office bomb about a billionaire who dies and comes back to Earth as a Pomeranian — and objected to the way the production design team had made heaven look. Busey’s costar Curtis Armstrong (yes, Booger from Revenge of the Nerds) told the A.V. Club, “He looked around and said, ‘It’s nothing like this. I’ve been to heaven, and it doesn’t look like this. That sofa’s all wrong. That mirror is ridiculous. They don’t even have mirrors!’ It was ridiculous. He was completely nuts about the design of heaven.”
Things only got more absurd when another actor claimed that he, too, had visited heaven after his own near-death experience, and took issue with Busey’s description of the place.

Armstrong said, “This guy got into an argument with Busey about the way heaven looked! The two of them wound up coming to blows, and they had to send everybody home.”