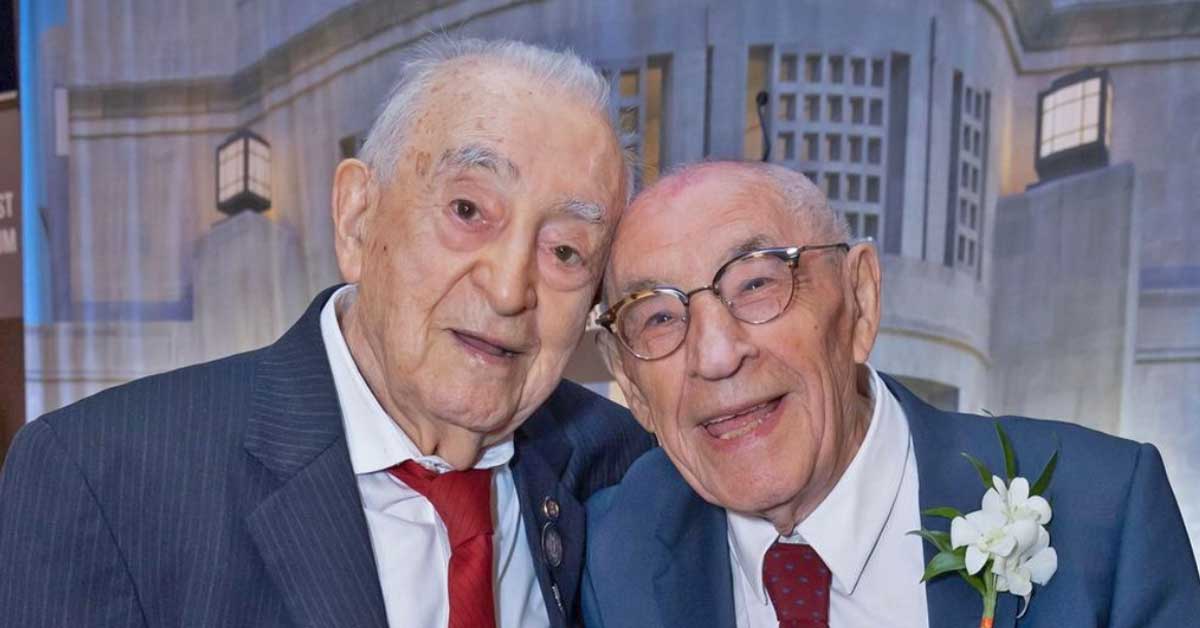 Jack Waksal and Sam Ron were prisoners at a labor camp. The Holocaust saw both men endure slave labor in the Pionki Labor Camp in Poland. Waksal was able to escape by fleeing into the forest while Sam was moved into a different camp.

Sam was eventually freed. It’s a reunion 79 years in the making.
Waksal and Ron never knew what happened to each other.
A dinner in South Florida hosted by the United States Holocaust Memorial Museum saw Sam as the honorary speaker. Jack was at the event held in Boca Raton.

Other Holocaust survivors were also in attendance.
The event soon played a video about Sam’s life. Camp Pionki was included with his original name Shmuel Rakowski revealed. Jack finally made the connection.

Jack went over to Sam’s table and said, “Sam! You are alive!”
He then recalled how terrifying it was to know that being sent to the Auschwitz concentration camp was very real. He went without food for 2 weeks and others ate the bark off trees to survive.

Jack recalled being on his feet 24 hours for days just to avoid being shot.
According to Sam, hunger was the “worst thing”. He survived 5 different camps including the one in Poland.
Jack now lives in Bal Harbour. Sam lives in Boca Raton. 40 miles apart is nothing to these men who experienced the horrors of war. They are determined to stay in touch.