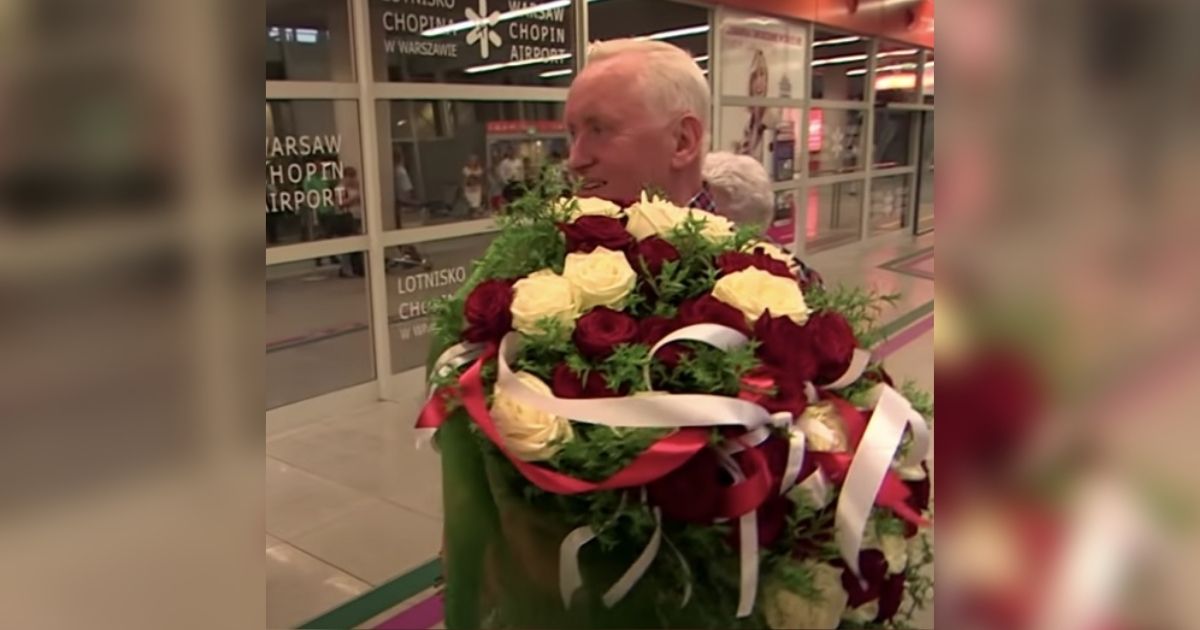 The twins hail from Germany and were born in 1946 after their mother Elizabeth, who was a Polish, Catholic, was freed from a labor camp at the end of World War II, according to the BBC.

She became ill after giving birth and was unable to care for them so she had to give them up for adoption. The brothers were then sent to Poland and adopted into different homes.

Lucian lived in Poland and didn’t find out that he was adopted until he was drafted into the army, which must have been a double blow.

George stumbled across his adoption papers at the age of 17 when he also learned he had a twin brother.
George asked the Red Cross to help him find his twin in the 60s but those attempts were unsuccessful.
George didn’t even think his brother was still alive when he learned that not only was he alive, but that he also wanted to meet.
The two brothers finally met 68 years after their separation at Warsaw airport in Poland at the age of 69.

Lucian arrived with the biggest bouquet of flowers that he could carry.

The men held each other and cried and kissed each other’s cheek and rubbed each other’s heads upon their reunion. Their wives also embraced.
Their father was an American soldier who came back to the U.S. before they were born.

Their mother had attempted to track them down but was barred from learning their whereabouts.

After meeting at the airport the brothers visited Warsaw’s Uprising Museum. The two men plan to spend a lot more time together.