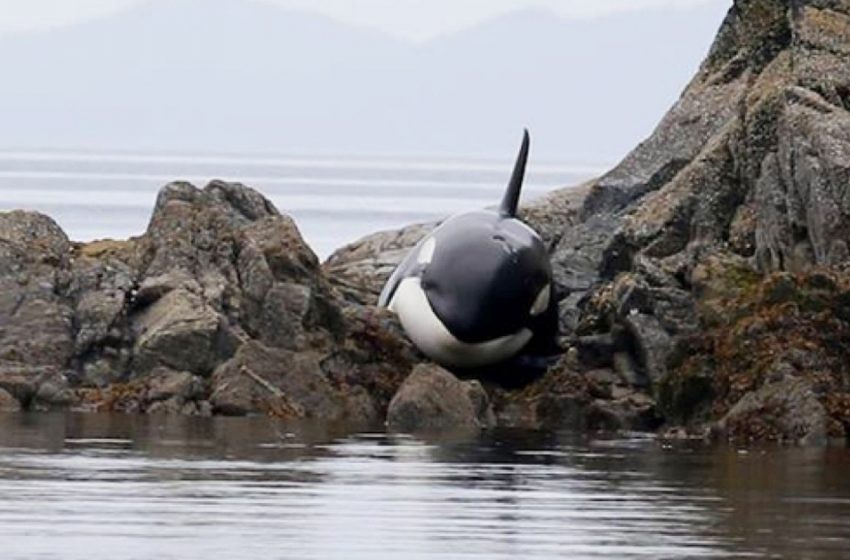 Orcas are awe-inspiring creatures, aren’t they? This aquatic creature is the largest member of the dolphin family. They are also very
intelligent and agile and can communicate with each other to increase their hunting efficiency. It goes without saying that they are not the most pleasant creatures. In general, it is preferable for humans not to get too close to them.
However, after noticing an orca in desperate need of help, the people in the video below decided to get closer and help the poor
creature. The incident took place off the coast of British Columbia.
The orca was stuck on a series of rocks trying to get its own food. Luckily for him, several people heard about him just in time, and
everyone rushed to save him. But everyone knew it was going to be a pretty tough rescue!
The people who helped her were volunteers who found out about the orca’s plight after seeing a post on Facebook. These people
quickly packed up and got into their cars to get to the scene as quickly as possible. Fortunately, they were able to free the orca nearly 8 hours later. The incident had no negative consequences for the marine animal.