A woman breastfed her daughter until she was 9 years old, until she decided to refuse 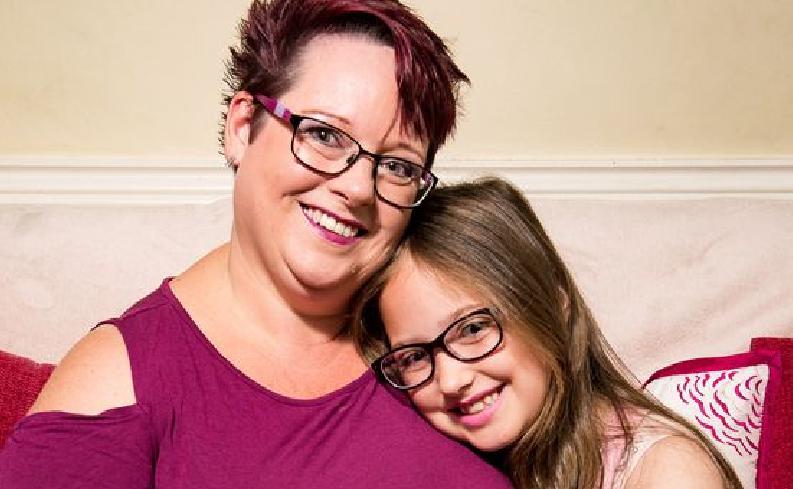 Until what age did you breastfeed your baby? Although, in any case, you definitely “outdid” the British Sharon Spink from the English county of North Yorkshire. This woman continued to breastfeed her daughter until she her self refused it. And this happened when the girl was 9 years old! Sharon Spink is a mother of 4 children and a breastfeeding consultant. It so happened that the woman breastfed the first two children for only a few weeks, the third daughter – 4 months.
When doctors advised Sharon not to delay breastfeeding, she listened to them. As a result, a strong weight loss of the child and the introduction of various supplements in the baby’s nutrition. Thanks to such an unsuccessful experience, Spink decided that she would feed the next baby until he refuses to breastfeed.

Who knew that the daughter would want to eat mother’s milk until she was 9 years old! The girl then decided on her own, without pressure from her mother, to give up breastfeeding. It was her own decision,” Spink clarifies. Sharon herself does not see anything abnormal in this.
A woman with many children notes that her child is distinguished by good health, rarely gets sick, and is ahead of all her peers in mental development. In addition, such prolonged breastfeeding has made mother and daughter the best friends with a very close and trusting relationship.

This technique of Sharon has been criticized many times by other women. She was accused of child abuse, and the mother of many children was very upset by third-party opinion. But later she stopped paying attention to ill-wishers, as she felt that her “body was doing what it should.”

Mrs. Spink confesses that at first she did not hesitate to feed the girl even in public places – such as a church, a beauty salon or a store. But after sidelong glances and remarks, she began to do it only at home. And then, the woman admits, in recent years the girl drankbreast milk very rarely, about once a month.
Sharon encourages mothers to feel free to breastfeed their children for as long as it takes. She argues that the period of six months, approved by the World Health Organization, is only a recommendation. In many countries, babies are breastfed for much longer. And these affects their health only positively.